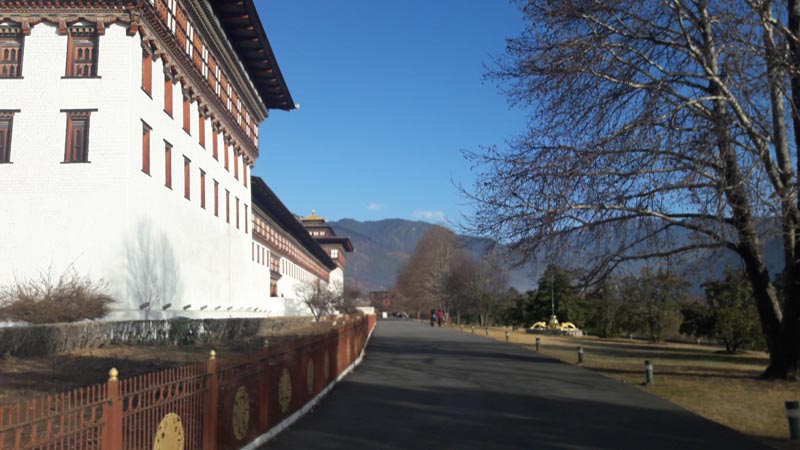 TOUR DESCRIPTION
Bhutan is no ordinary place. It is a Himalayan kingdom with a reputation for mystery and magic, where the traditional Buddhist culture carefully embraces global developments. Besides the stunning natural scenery, the enduring image of the country for most visitors is the strong sense of culture and tradition that binds the kingdom and clearly distinguishes it from its larger neighbors. Ranked as the happiest country in all of Asia, Bhutan is the place to be. If you’re looking for a short, refreshing, and alleviating break from the stressful and hectic life, pack your bags and leave to this Happiness Kingdom.

TOUR HIGHLIGHT
Blessing by touching forehead - Feel the magical charming of Tibetan Buddhism
Feel the charm of the most solemn welcome ceremony in Bhutan by offering a scarf
Home visit - perceive local people happy lifestyle
Specially arranged stay at hotels, Farmhouse and resorts at PUNAKHA, THIMPHU & PARO
The Tiger’s Nest will leave you startled and amazed in awe
Distance yourself from the worrisome and hectic routine
Get chance to taste traditional local delicate: Cheese; beef rice; Butter tea; Yogurt; Highland barleywine
“Happiness” Campfire, enjoy Bhutanese classic songs & dance, get a chance to try the traditional costume
Traditional Hot Stone Bath heal the pain from a hike to TaktshangFlight into Bhutan via Drukair (can be arranged with us)
Flight on another airline to catch Drukair Flight
Meals at 4-5 stars restaurants
Hotel stay outside of Bhutan
Expenditure of personal nature
Travel Insurance (can be arranged with us)
Tips for the guide and driver
Language guide
Alcoholic drink

The Total Tour Cost depending upon season


Suitable Month
The whole year round, for the Different season the tour cost will be different
High Season: March-May and September-November
Low Season: December-February and June-August