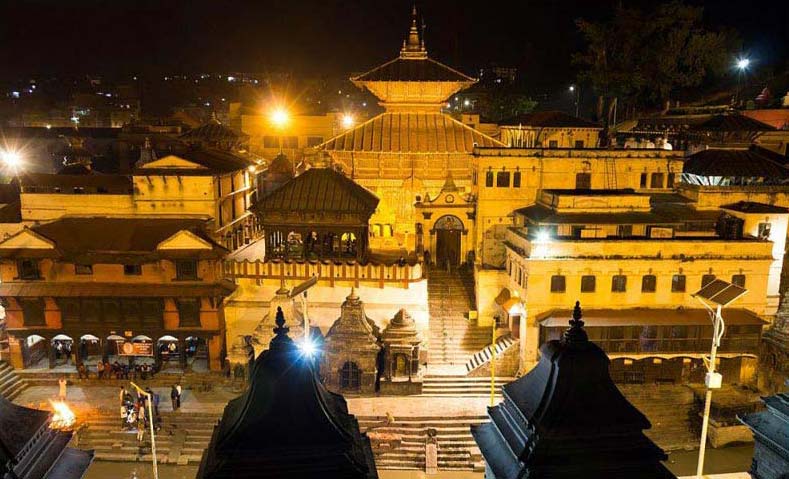 For Infants 2-24 months(2 Years) Please send enquiry.
Charges for children mentioned applies only if they accompanied by 2 adults. If the child is accompanied by single adult full amount will be charged.
Children 2-11 Years will be charged 75% of the tour Cost with full-seat, without extra bed.
Gorakhpur :named after the ascetic Guru Gorakshnath, a saint who popularized “Hath Yoga” a form of yoga which concentrates on mastering natural power. Gorakhnath Temple is the major site of attraction for the pilgrims. The famous Gita Press which publishes Hindu religious texts is located in the city of Gorakhpur. Sharing a border with the prominent region of Nepal and holding the headquarters of the busy North Eastern Railways makes Gorakhpur a very active city.

Sunnauli :Sunnauli is the border city which shares its border with Nepal. It is the gateway to enter Nepal via road from Indian side.

Lumbini :Lumbini, the birth place of Gautam Buddha comes under the Rupendehi District.of Nepal. Mayadevi temple, A holy pond the Puskarini where the Buddha's mother took the ritual dip prior to his birth and where he, too, had his first bath, as well as the remains of Kapilvastu palace. A pillar now marks the spot of Asoka's visit to Lumbiní are the major attractions.

Pokhara :Pokhara is one of the most popular tourist destinations in Nepal and a beautiful hill station. Pokhara is blessed with stunning panoramic views of the Annapurna range which forms its backdrop.

Phewa Lake :Phewa Lake is the most beautiful lake, attracting a large number of visitors who enjoy boating on its placid waters. Boats can be hired, and many visit the island temple of Barahi in the middle of the lake.

Barahi Temple : Located in the middle of Phewa Lake, Barahi Temple is one the most important monuments in Pokhara.

Devi’s Falls: Devi’s Fall is a fascinating waterfall located about 2 km south-west of Pokhara Airport on the Siddhartha Highway.

Gupteshwar Mahadev : This is a large limestone cave of Pokhara. Have darshan of Mahadev inside the Cave.

Jomsom : Jomsom is a small village in Mushtang village of Nepal. Jomsom being the gateway to Mukthinath, a holy shrine for both Buddhist and Hindus. Jomsom extends over both the banks of the Kali Gandaki River. Along the banks of Kali Gandaki river there are rocks holy to the Hindus known as Salagrama ( form of Lord Vishnu).

Muktinath : is a sacred place both for Hindus and Buddhists located in Muktinath Valley at an altitude of 3,710 meters at the foot of the Thorong La mountain pass (part of the Himalayas), Mustang district, Nepal. The temple is very small. Muktinath is one of the most ancient Hindu temples of God Vishnu. The murti is of gold and is tall enough to compare with a man. Backside of the temple one can see 108 bull faces through which water is poured. It is of freezing temperature. The sacred water that flows in 108 pipes around the temple complex denote all sacred Pushkarini waters (Temple Tanks) from all 108 Sri Vaishnava Divya Desams including Srirangam, Tirumala, Vaikunta, where the devotees take their sacred bath even in the freezing temperatures.Infront of the Mandir you can also see two ponds which is mentioned as Swarga ( heaven) Kunda & Naraka ( Hell) Kunda. One who take bath from 108 springs and these two ponds attain Moksha . The worship is conducted by Buddhist .

Manokamana :The Manakamana temple situated in the Gorkha district of Nepal is the sacred place of the Hindu Goddess Bhagwati, an incarnation of Parvati. The temple is located on a distinguished ridge 1302 meters above sea level and overlooks the river valleys of Trisuli in the south and Marsyangdi in the west. You can enjoy South Asia’s largest cable car ride here.

Katmandu :is the capital of Nepal which is surrounded by four major mountains: Shivapuri, Phulchoki, Nagarjun, and Chandragiri. Kathmandu Valley is part of three districts Kathmandu, Lalitpur, andBhaktapur. Kathmandu's Tribhuvan International Airport is the largest, and only international airport in Nepal.

Swayambhunath Stupa :Situated top a hill in the Kathmandu Valley, Swayambhu Stupa complex is highly revered in Nepal. Consisting of many stupas, shrines and temples, this complex can also enjoy breathtaking views of the city from this sight.

Budhanilkantha a gigantic sculpture carved on a five-meter-long boulder and is 9 km from Kathmandu city. The temple consists of a pond in which lies a great stone figure of Lord Vishnu reclining on the coils of a cosmic serpent. The huge statue of sleeping Vishnu is carved from the single block of black stone of a type not found in the valley. It is believed that in a by-gone age, many years before there were two hardworking farmers (husband and wife) who maintained a farm here, and one day they discovered the Deity when they were ploughing their field.

Bhaktapur : Bhaktapur is listed as a World Heritage by UNESCO for its rich culture, temples, and wood, metal and stone artwork. It is the heritage city of Nepal , once being the capital for Nepal during the mighty Malla dynasty.

Patan : Patan’s Krishna Mandir and the Palace of the Malla Kings is one of the highlights of a visit to Patan. In the palace complex lies the stone temple of Lord Krishna ('Krishna Mandur') with its 21 spires and bas-relief art depicting scenes from the Mahabharata and Ramayana epics. The temple was built by King Siddhi Narasingha Malla in the 16th century A.D. The Royal Bath (known as 'Tushahity') is another showpiece of fine stone and bronze carving in the palace complex.Customs at Nepal Border.
Entry Tickets , Boating, Camera Charges
Government Service Tax (GST 5%) as applicable
Food during the train journey
Laundry ,Telephone calls ,Mineral water.
Any Increase in the fuel surcharge or any kind of taxes levied by the respective government or statutory bodies.
Cost of extension of the validity or deviation from route of the tour.
Laundry, consumption from the mini bar / refrigerator at Hotel, beverages, Mineral water, telephone charges, shopping, all items of personal nature and also food and drinks not forming the part of the group menus.
Any extra expenses incurred for changing the route due to any unforeseen circumstances, Natural calamities, political disturbances, strikes etc.
Extra cost incurred due to illness, accident, hospitalisation or any individual unforseen cost incurring incidence.
Any private transfers taken to move from one place to another instead of coach.
Any up gradation in the room category.
Any other expense incurred other than which are mentioned in Tour cost