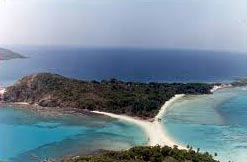 All kind of personal expenses such as tips, laundry, telephone bills and beverages. It also does not include any meals unless and otherwise specifically mentioned. Domestic and International airfare. Guide, Jolly ride & snorkeling charges.

Joy Andaman Travels has been reckoned as one of the major Tour Operators and we double up as Airline Ticketing Agents and Hotel Booking Agents. There are a whole lot of services that we offer and the range is inclusive of Cruise Services and Car & Coach Rental Services as well as Scuba Diving Services. Our reputation as a Travel Agency in Andaman & Nicobar Islands is bolstered by our skill and determination to excel. Read More...