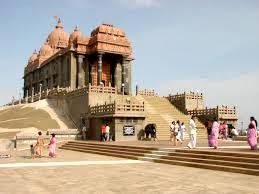 Welcome to KERALA GOD’s Own Country with the Arabian Sea in the West , Western Ghat in the East & networked by numerous rivers, Kerala enjoy unique geographical features. KERALA or Keralam, the land of kera or coconut, is a never-ending array of coconut palms, sun blanched beaches, kettuvallams over enchanting backwaters, magical monsoon showers, silent valleys vibrant with flora and fauna, misty mountains of the Western Ghats, fragrance of spices, evenings reverberating with the rhythm of a thousand art forms...fairs and festivals... Welcome to Kerala benign and beautiful! Origin of Kerala has been linked to a legend dating back to Satya Yug. According to this legend, Kerala rose up from the sea when Lord Parasurama threw his axe into it and the sea receded to bring up this narrow strip of land from underneath. Lord Parasurama, believed to be the sixth avatar of Lord Mahavishnu, threw his axe from Gokarnam southward across the ocean in rage and in repentance for his actions of killing Kshatriyas. The land of Kerala emerged from the waters of the Arabian Sea with the blessing of Varuna-the God of Oceans and Bhumidevi- the Goddess of Earth. The sobriquet "God’s own Country" thus bestows itself on Kerala. GENERAL INFORMATION OF KERALA Location : South Western Tip of India. Area : 38,863 square km. Population : 31,838,619 (Census 2001) Capital : Thiruvananthapuram (Trivandrum ) Language : Malayalam Religion : Hinduism, Christianity, Islam. Climate : Tropical KOCHI Kochi (colonial name Cochin) is a vibrant city situated on the south-west coast of the Indian peninsula in the breathtakingly scenic and prosperous state of Kerala, hailed as 'God's Own Country'. Its strategic importance over the centuries is underlined by the sobriquet Queen of the Arabian Sea. Informally, Cochin is also referred to as the Gateway to Kerala. ATHIRAPALLY Athirappally Waterfalls, 78 kms from Kochi, located at the entrance to Sholayar ranges .Affording to the onlookers, one of the most bewitching sights; Athirappally Falls is about 80 feet high and located in the forest area. MUNNAR Munnar is a hill station on the Western Ghats, a range of mountains situated in the Idukki district of the Indian state of Kerala. The name Munnar is believed to mean "three rivers", referring to the town's strategic location at the confluence of the Madhurapuzha, Nallathanni and Kundaly rivers. THEKKADY Thekkady is the location of the Periyar National Park, which is an important tourist attraction in the Kerala state of India. KUMARAKOM Kumarakom is a popular tourism destination located near the city of Kottayam in Kerala, famous for its backwater tourism. It is set in the backdrop of the Vembanad Lake which is the largest freshwater lake in the state of Kerala. ALLEPPEY Alleppey, also known as Alappuzha is often called as "Venice of East" because of its numerous waterways. These huge networks of lagoons, canals, and lakes are the lifeline of Alleppey. THIRUVANANTHAPURAM The Capital of Kerala, Trivandrum sprawling across seven hills, is crowned by the Western Ghats. The District boasts of a long shoreline with internationally renowned beaches such as - Kovalam & Varkala, Historic Monuments, Backwater Stretches & Rich Cultural Heritage. VARKALA Varkala, a calm and quiet hamlet, lies on the outskirts of Thiruvananthapuram district. KOVALAM Kovalam - groove of coconut trees....... situated 16 kms from the Capital of Kerala is a city with four sandy bays. QUILON Quilon (also known as Kollam) is situated in the southwest corner of India in the state of Kerala.Kolllam is the fourth largest city in Kerala and is known for Cashew processing & Coir manufacturing. KANYAKUMARI Kanyakumari is famed for its incomparable geographical location of its lands end of India where the Arabian Sea, the Indian Ocean and the Bay of Bengal. GURUVAYOOR Guruvayoor - (nickname: DWARKA of the south) is one of the most sacred and important pilgrim centres of Kerala. Its main attraction is the Sree Krishna temple. PALAKKAD Palakkad is rightfully known as the Gateway of Kerala, giving the rest of India access to the State. Its other name is Palghat was contributed by British Raj.Palakkad is a land of Palm trees & Paddy fields. It’s known to be rich in flora & fauna. KASARGOD Kasargod is the northernmost district of Kerala and world renowned for its coir and handloom industries. BEKAL FORT The largest and the best-preserved fort in Kerala. History sleeps here among the lonely battlements of the Bekal Fort, by the sea shore. WAYANAD Wayanad, the green paradise is nestled among the mountains of the Western Ghats, forming the border world of the greener part of Kerala. Clean and pristine, enchanting and hypnotizing, this land is filled with history & culture.3.09% Government Service Tax (Mandatory ) Airfare, Train fare, Insurance Premiums, etc Optional Tours & Sightseeing , Any entry fees & monuments charges. Payment for service provided on a personal basis Expenses incurred due to mishaps, landslide, strikes, political unrest etc. In such case extra will be charged as per actual Cost for service not mentioned under the Cost Includes Head Any Sports / Adventure Activities. Personal expenses on items such as laundry, soft drinks, bottles water, incidentals, porter age, bell-boy charges, tips or any other service.

Khan Travel Agency is one of the proficient and leading tour And travel agencies having its office in pachmarhi, (Madhya Pradesh). We offer our clients customized domestic and international tour packages according to the requirement of the client. In order to fulfill the travel needs of the travelers we offer outstanding services, so that they do not face any inconvenience while traveling. services offered by us include Group Booking, Fit Booking, Student Group, Car, Luxury Car & Taxi Booking, Bus Booking, Car & Coach Rental, Cruise Services, And hotel Reservation. We also work as a competent event organizer for our esteemed clients and are engaged in organizing private and corporate events for the clients. We also organize educational packages and corporate packages in a well-planned manner, according to the requirement of the client.Khan Travel Agency was founded in the year 2013 under the guidance of Mr. Parvez Khan. He has always motivated us to work in professional manner, in order to satisfy the clients. He has helped us achieve a great success in the market. We are backed by a team of experienced and skilled employees who take care of the requirements of the clients, so as to attain 100% client satisfaction. We are highly acknowledged in the market for our authentic hospitality and exceptional personalized services to the travelers. We work out dedicatedly to make your vacations. Read More...