Phagwara is a city located in Indian state of Punjab. This city was established by the Mughal ruler Shah Jahan as a market place but was developed by the Ahluwali Sikh dynasty. This city is a celebrated name in the Sikh history because Guru Hargobind, after winning the battle of Kartarpur, visited this place. Interestingly, Phagwara is the place where a large number of NRIs reside.


Phagwara is elevated 768 feet above the sea level. The major portion of its land is a fertile plain and is suitable for growing the crops like wheat, maize and sugarcane. The climate of this place is temperate in nature. Phagwara experiences humid summers with an average temperature of 37°C and cold winters as the median temperature falls below 10°C. The annual precipitation received by Phagwara is 3500 mm.


There are different attractions that lure the visitors. The Beas River and the Purana Gurudwara are the lone places of interest located in Phagwara. 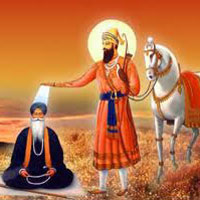