Rewa is a city and district located in Madhya Pradesh. This city got its name because of the River Narmada that flows through it. Rewa and the region around it were under the rule of Mauryan dynasty in the 3rd century. Later on, Kalachauris took over the seat but were defeated by Muslim ruler Ughluq Khilji. After a long span of time, Rewa was given the status of a city in the year 1950.


Perched on the banks of the River Narmada, the city of Rewa is elevated at a height of 997 feet above the sea level. Its uneven terrain unfolds over vast acres of land. The climate of the city is defined as subtropical in nature. The region encounters searing summers with the median mercury level scaling between 37°C-41°C. During the winter season, the average temperatures fall down and range between 12°C-18°C.


Rewa is dotted with breathtaking attractions. The spectacular places of interest in the city of Rewa are Buddhist stupas of Deorkothar, Govindgarh White Tiger Park, Chachai falls, and much more. 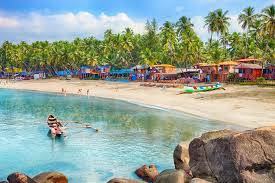