Recognized for the balucheri sarees and terracotta temples, Bishnupur is an ancient town located in the Indian state of West Bengal. It is said that Bishnupur was ruled by the Gupta dynasty for a longer period of time. King Samudra Gupta was the first ruler from the Gupta clan to establish his rule over the land of Bishnupur. During his reign, various terracotta temples were constructed as a tribute to his family deity Lord Krishna.


Covering acres of land, Bishnupur is elevated 194 feet above the sea level. A major portion of its land is a jagged plain that makes its soil apt for growing the crops like wheat, corn and maize. The climate of Bishnupur is tropical wet in nature. It encounters warm temperatures amid the summer where the median mercury level raises upto 38°C. During the winters, the temperature falls down below 15°C. Bishnupur receives a high amount of rainfall with an average of 2500 mm.


The vicinity of Bishnupur is bedecked with alluring Hindu temples. The temples are carved in a labyrinthine manner and depict the scenes from Hindu epics like Mahabharata & Ramayana. The temples like Chhinmasta Temple, Rama-Laxman Temple, Arjun Mandir, Madanmohan Temple etc. are the eye-catchy destinations in Bishnupur. 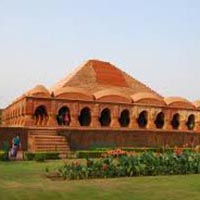 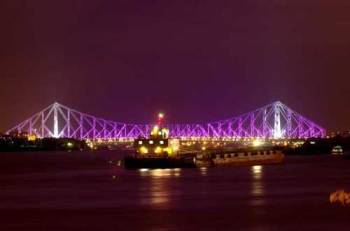 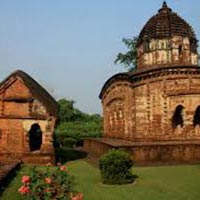 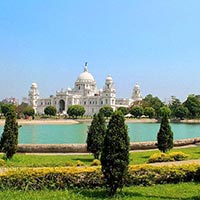 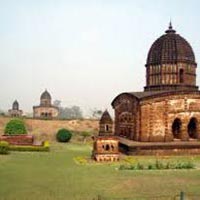 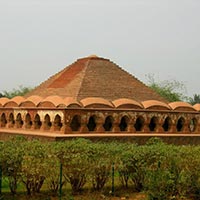 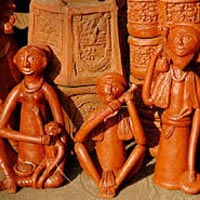 Top Places to Visit in Bishnupur

All Places to Visit in Bishnupur