Kesariya is a small town in the Indian state of Bihar. In the former times, Kesariya was known by the name of Kesaputta. The land of Kesariya was ruled by the Kalama clan but was annexed by the clan of the Kosala. Later on, the Kosala ruler built the Kesariya Stupa to commemorate the life of Buddha after being influenced by his preaching. Initially, it was made up of mud but as the times advanced, it was rebuilt during the Mauryan & Kushana period.


Kesariya is elevated 108 feet above the sea level and unrolls over vast acres of land. A major portion of its land is an uneven plain. The climate of Kesariya is described as tropical moderate. It encounters humid summers with a median temperature of 38°C & cold winters where the mercury levels fall down below 13°C on an average. The annual average rainfall received by Kesariya is 2700 mm.


There are limited tourists attractions located in Kesariya. The Kesariya Stupa is a holy site that is revered by the followers of Buddhism on a large scale. The Archaeological Survey of India looks after this historical monument. The other places of interest in Kesariya include Maharishi Valmiki Temple & Radha-Krishna Temple. 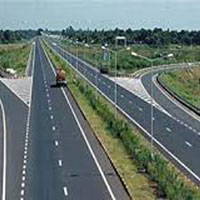 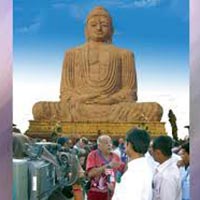 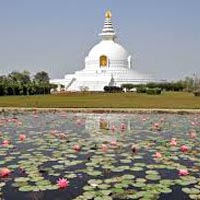 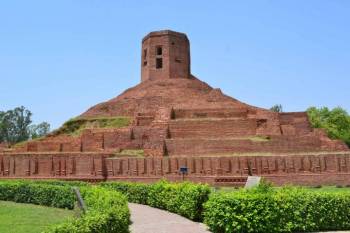