The city of Bristol, situated in south-west England is the biggest centre of education, culture, and employment. The city spells charm with its grand Victorian architectures, music, street art and annual hot air balloon festivals. Even though Bristol is overlooked as a tourist destination, it still has much to offer. The city’s brilliant art and music ambience has in the last years wooed a large number of young tourists. The scene of hidden alleys and old buildings along the cobbled streets is really worth enjoying. The city flaunts of beautiful gardens and bridges.

Bristol also offers river cruises and ferry boating, as a part of its tourism. The Bristol Cathedral is the existing symbol of the city’s history and culture. The world renowned Clifton Suspension Bridge set over the cliffs of Avon Gorge gives a magnificent look to the visitors. Cabot Tower situated in the Brandon Hills of West End houses a spiral staircase that gives an epic view of the harbor side area and the city.

Bristol was given recently the title of Britain’s First Cycling City making it one of the bike friendly destinations of the world. The Blue-reef aquarium displays the underwater gardens of the tropical waters of Bristol. Bristol is an abode of various museums and art galleries which gives a display of ancient civilization, fascinating cultures, human inventions and also the natural world. M Shed is such an exciting museum that tells the history of the city of Bristol. It is indeed a living museum with working models of everything found in the city, such as the steam boats and trains. 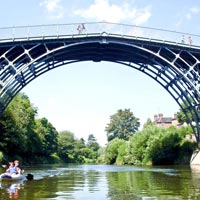 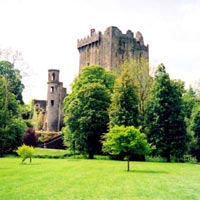