Setubal is a city located on the northern bank of the Sado river estuary approximately 40 Km south of Lisbon. Despite being a sizable port town with no beaches, Setúbal (shtoo-bahl) still draws its fair share of visitors. Setúbal is a coastal town, known for its fishing activities, traditions and industrial area. It's the capital of the Setúbal district. You might also want to check out Serra da Arrábida, for the nature part of Setúbal. Among its attractions are Portugal’s first-ever Manueline church; a castle with sweeping views; and a compact pedestrian centre with a jumble of clothing shops, outdoor cafés and simple guesthouses. Still, it’s the seafood that draws most people here, particularly regional specialities like caldeirada (fish stew). Setúbal is also the closest town to the lovely beach-edged Parque Natural da Arrábida, and the Reserva Natural do Estuário do Sado, which is home to around 30 bottlenose dolphins and the winter abode of more than 1000 flamingos. The estuary’s mud banks, marshes, lagoons, dunes and former salt pans house white storks (spring and summer) and resident marsh harriers and little egrets. Following its heyday as a world power during the 15th and 16th centuries, Portugal lost much of its wealth and status with the destruction of Lisbon in a 1755 earthquake, occupation during the Napoleonic Wars, and the independence in 1822 of Brazil as a colony. A 1910 revolution deposed the monarchy; for most of the next six decades, repressive governments ran the country. In 1974, a left-wing military coup installed broad democratic reforms. The following year, Portugal granted independence to all of its African colonies. Portugal is a founding member of NATO and entered the EC (now the EU) in 1986. The Romans did a lot of fish-salting here, then came the Barbarians, then the Moors. The town developed after the 13th-century Reconquista, but it only boomed after 19th-century industrialisation. 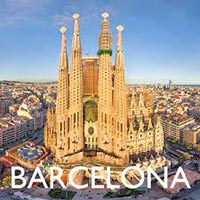