Indirapuram is a beautiful & a developed city in Ghaziabad, Uttar Pradesh. It is adorned with towering infrastructure and well-constructed roads. This settlement was born in the year 1996 & has seen tremendous developments over the years. Presently, it is a bustling place and a home to many people.


Indirapuram is elevated at a height of 696 feet above the sea level & covers a vast area of land. The major portion of land used to be a jagged plain but has been transformed due to construction of roads and other infrastructure. The city experiences major seasons of summer, winter & monsoon. The average temperature in Indirapuram during summers scales upto 37°C whereas falls at 12°C in winters on an average. The city of Indirapuram receives an ample amount of rainfall with 700 mm on an average. 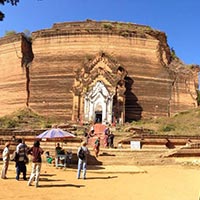