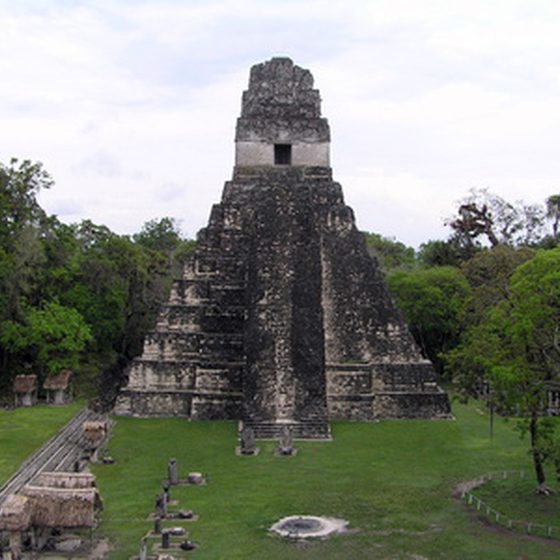 Belize Tikal Tours is a Great Way to Experience a Little Bit of Both Amazing Worlds. Belize to Tikal Tours Gives You the Spiritual Opportunity to Walk in the Footsteps of Elites, Nobles and Royalties as We Travel Back in Time as You Experience this Great Mayan City, Tikal "the Place of the Voices". Our Motto Is: Unbelizeable Tour Service, Fit for Royalty. With King David and Entourage. Today, Tikal is Recognized as a Unesco World Heritage Site Since 1979. Its also Refered to as the Land of Ewoks Based On the Star War Movie. Tikal Can Be Enjoyed Either as a Day Tour or as An Overnight Tour. Tikal Grew Into An Important Ceremonial, Cultural, and Commercial Centre Over the Centuries. Most of the City's Huge Temples Were Constructed During the Eighth Century Ad When Tikal Became the Greatest City in the Maya World with a Population of Perhaps 100,000. Tikal Was the Capital of a Conquest State that Became One of the Most Powerful Kingdoms of the Ancient Maya. Though Monumental Architecture At the Site Dates Back as Far as the 4th Century Bc, Tikal Reached Its Apogee During the Classic Period Ca. 200 to 900 Ad. During this Time, the City Dominated Much of the Maya Region Politically, Economically, and Militarily, While Interacting with Areas Throughout Mesoamerica such as the Great Metropolis of Teotihuacan in the Distant Valley of Mexico. There is Evidence that Tikal Was Conquered By Teotihuacan in the 4th Century Ad. Following the End of the Late Classic Period, No New Major Monuments Were Built At Tikal and There is Evidence that Elite Palaces Were Burned. These Events Were Coupled with a Gradual Population Decline, Culminating with the Site’s Abandonment By the End of the 10th Century. With the Discovery of the Tombs of Many of the Rulers, We Know that Tikal is Known to have a Long List of Dynastic Rulers. A Series of Studies of Their Monuments, Temples and Palaces Were Carried Out. Schedule Duration: 8 1/2 Hours to 10 Hours. Face Seating: 13 explore Location: Guatemala, Peten