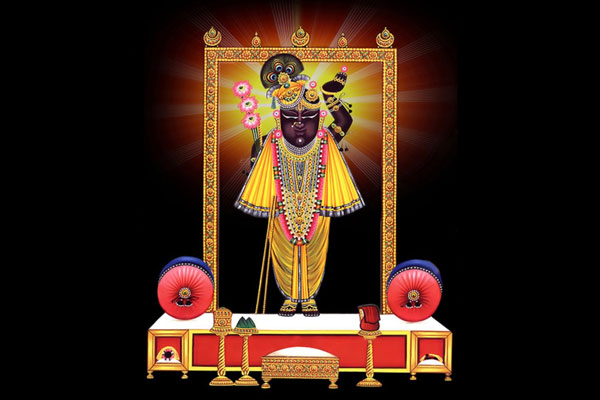 Eklingji :
Eklingji Temple is one of the most famous temples of Rajasthan. Located in the town of Eklingji (Kailashpuri), the place got its popular name from the temple. Eklingji Temple is positioned at a distance of 22 km in the north of Udaipur, on the national highway no. 8. Eklingnath Temple is dedicated to the Lord Shiva of the Hindu religion. Initially, the temple was built in 734 A.D. by Bappa Rawal. Since that time, Eklingji has been the ruling deity of Mewar rulers.

Nagda :
Nagda is actually famous for this unusual temple that dates back to the 10th century. The term 'Sas-Bahu' suggests 'Mother-in-law and Daughter-in-law' respectively. The temple is dedicated to Lord Vishnu and it is made in two structures, one by a mother-in-law and another, by a daughter-in-law. The main entrance to the temples is made through a door that has carved lintels and a multi-lobed arch in its middle. Both the structures are laid out on a same plan having an altar, a mandapa (columned prayer hall) with projections and a porch.

Shrinathji :
Shri Nathdwara (a pathway to Lord Shri Krishna) literally means the gateway to the Lord ShriNathji. This great Vaishnavite shrine was built in the 17th century on spot exactly identified by the Lord himself. The legends have it that the idol of the Lord Krishna was being transferred to safer place from Vrindaban to protect it from the destructive wrath of the Mughal Emperor Aurangzeb. When the idol reached this spot, the wheels of bullock cart it was traveling in, sank axle deep in mud and refused to move further, at all. The accompanying priest realized that this was Lord's chosen spot and the Lord did not want to travel any further. Accordingly a Temple was built here. This is a temple and place of pilgrimage amongst its believers.

Haldighati :
Haldighati is an important historical site in the context of Rajasthan, India. Actually, Haldighati is a mountain pass in the Aravalli range connecting districts of Rajsamand and Pali in Rajasthan. The place is at a comfortable distance of 40 kms from the city of Udaipur. Haldighati extends as a thrilling tourist attraction that flares the merciless battlefield. A single thought of those courageous soldiers standing on the exact lands where they fought, send chills down one's spine. Haldi Ghati captures major attention because the terra firma made the battlefield to the legend, Maharana Rana Pratap and his loyal horse, Chetak. The place gives a nostalgic feeling as this was the same place where Chetak, the heroic mount of Rana Pratap, breathed his last after leaving his master to a safe place.