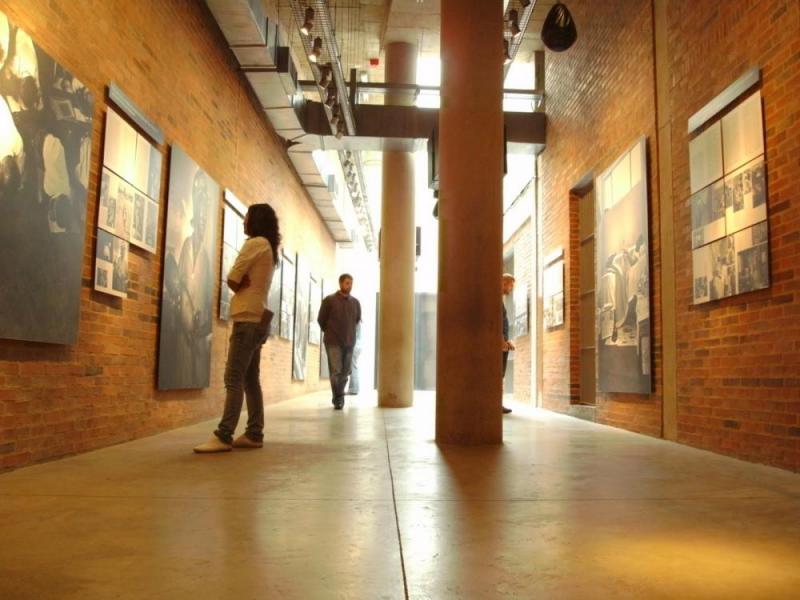 Apartheid Museum: "It is not only important to tell the apartheid story, but it is also important to show the world how we have overcome apartheid. There certainly is a lesson for other countries, and this will be related through the complexity and sheer power of the installations," explains the museum's director, Christopher Till.

Johannesburg's Apartheid Museum, assembled by a multi-disciplinary team of architects, curators, film-makers, historians and designers, takes the visitor on a powerful emotional journey into South Africa's past, bringing to life the story of a state-sanctioned system based solely on racial discrimination. The Apartheid Museum is the story of the triumph of the human spirit over adversity. Beginning in 1948, the white elected National Party government initiated a process which turned over 20 million people into 2nd class citizens, damning them to a life of servitude, humiliation and abuse. Their liberation in 1994 with the election of Nelson Mandela, the prisoner who became president, is a climax in the saga of a nations resistance, courage and fortitude.

Nelson Mandela Bridge: The Nelson is a bridge in Johannesburg, South Africa. It was completed in 2003 with a R38 million price tag. The proposal for the bridge was to link up two main business areas of Braamfontein and Newtown as well as to rejuvenate and to a certain level modernize the inner city, which is an initiative by a company, Blue IQ. The bridge was constructed over 42 railway lines without disturbing railway traffic and is 284 metres long. Paris has its Eiffel Tower, New York its Statue of Liberty, Sydney its Harbour Bridge. On 20 July, Johannesburg opened the largest cable-stayed bridge in southern Africa. Who else to name it after but Nelson Mandela, the man who led South Africa across the apartheid divide?

Mary Fitzgerald Square: The Mary Fitzgerald Square in Newtown, Johannesburg in South Africa is a public space named after Mary "Pickhandle" Fitzgerald who is considered to have been the first female trade unionist in the country. Previously known as Aaron's Ground, the square was named for Fitzgerald in 1939 as it was an often-used location for strikers' meetings in the early part of the 20th century.

Constitution Hill: All these buildings together were known as the Fort, a place that was notorious for its harsh treatment of prisoners: who ranged from common criminals to hundreds of thousands of ordinary men and women who contravened colonial and apartheid legislation such as hut tax laws, beer brewing laws, pass laws and the Group Areas Act. Many political prisoners were also incarcerated at the Fort. Boer military leaders were imprisoned during the South African war 1899-1902. In 1906 and 1913 Indian passive resisters (including Mahatma Gandhi) were incarcerated.