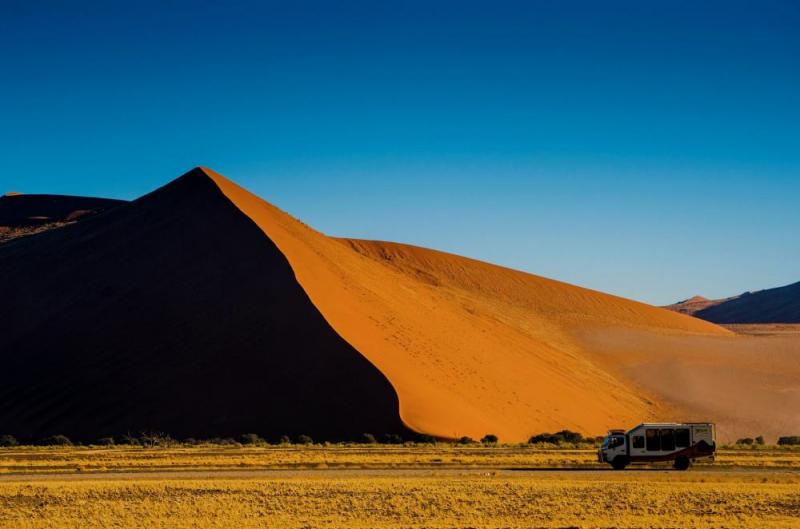 The African sun is very strong, especially in Namibia. Please use a factor 30 sunscreen and wear a hat. You should drink at least 3 litres of water per day to avoid dehydration. It can also get very cold during winter months on this route.

The one of it\'s kind country in the world where highly developed technology Read More...