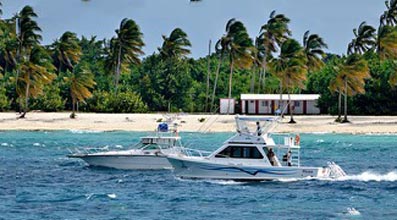 Explore and Tour Cuba By Land and Sea

Offered by : Adventures of Discovery 0/5

It has never been easier to go back in time to a place so rooted in culture and history. Now US Citizens and all may circumnavigate Eastern Cuba during 8 days aboard the 177 feet, S/C Panorama motorsailer yacht on a People-to-People program that allows you to step back in time to a country that has been closed to most United States residents for half a century. You'll explore the western part of the island nation famous for its culture, music, art and warm people. And with only 24 cabins, you will avoid the crowds of the large cruise ships!


About Adventures of Discovery

We are a travel consultant and act as an advocate for you. Our goal is to ensure that you have a smooth and quality trip experience. Read More...

More Packages by Adventures of Discovery