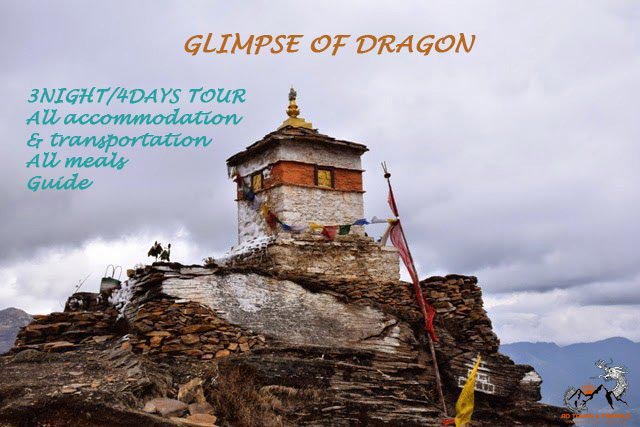 Glimpse Of The Dragon Tour

Offered by : AD Tours and Travels 0/5


About AD Tours and Travels

The AD Tours and Travel is managed by Mr. DB Gurung who has worked in travel industry for several years as guide, hotel manager and ticketing agent and operated the tourism company in partnership too. He is diligent and dedicated and will strive towards ensuring quality service for his clients. He has widely travelled all over Bhutan and knows every nooks and cor¬ners of Bhutan. It is an accredited travel company registered with the department of tourism, Royal government of Bhutan, Thimphu. We will guide you to experience all that is special about Bhutan, the spirited Bhutanese tradition and culture, the architectural marvels, and the unmatched beauty of our pristine environment, colorful religious festivals’, vibrant culture traditions and the charm and gracious hospitality of the people are some of the treats we have in offer for our guests. We will open the doors of this magical Kingdom to you and make your trip a comfortable, fascinating and a truly memorable experience. It is our great pleasure to invite you to discover the land of the Thunder Dragon, Kingdom of Bhutan, With AD tours and travels. The team at AD Bhutan are passionate about our beautiful country and brings extensive local knowledge and expertise which enable us to deliver a true Bhutanese experience to you. Read More...