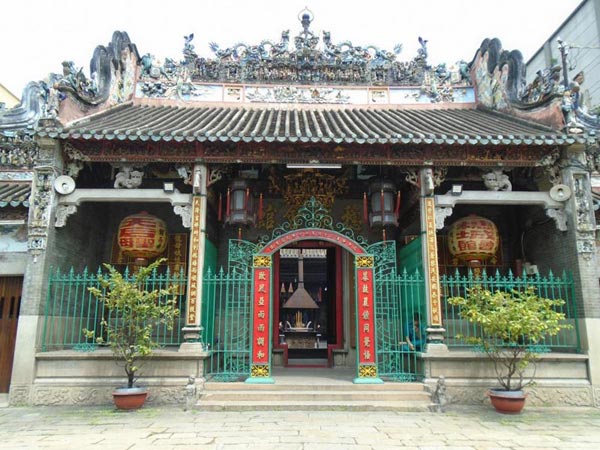 Tucked away from the hustle and bustle, the many centuries-old temples bring a touch of serenity to the ever-bustling Ho Chi Minh City. A visit to these temples which dedicated to various religions including Confucius, Taoism, and Buddhist will definitely a worthwhile experience. At the end of the tour, ride a cyclo and go shopping at the French-built Ben Thanh market. Saigon is the city with reference between Hindu, Indian, Buddhist you can visit more if wanted. FULL ITINERARY Meet our guide at your hotel and transfer for a tour of prominent temples of the city. Start first with the elaborately decorated Jade Emperor Temple, built in 1909 in dedication to Taoist Lord or Heaven. Then, take half an hour drive to Cho Lon, city’s China town. Stop off at the Thien Hau temple. The Thien Hau temple was built in the early 19th Century dedicated to Thien Hau, the goddess of seafarers Move on to the multi-faith Phuoc An Hoi Quan Temple built in 1902 to worship multiple Buddhist and non-Buddhist figures including the Avalokiteshvara or Buddha of Compassion, the bodhisattva Maitreya or Buddha of Happiness and Guan Yu, an ancient Chinese general who is the embodiment of loyalty, bravery and justice. Next, move to Quan Am Pagoda, one of the most colorful and visited worshiping sites of the China Town, built in the early 19th Century solely in dedication to Avalokiteshvara. Last visit is to Mariamman Hindu temple, an interesting temple serves Vietnamese & Chinese Tamil Hindu living in Saigon. Spend time to talk with the caretaker to have interesting story about the temple itself and Hindu community in Saigon. End with a cyclo tour to go around the city center and stop for shopping at the French style Ben Thanh Market which dates back to 1870 and whose main entrance clock tower has become a city’s symbol and where everything from local products, sandals, clothes are sold. (The sellers don’t feel angry if you bargain price so you can do it to get good deals)

I always believe that success in business depends on how we impact on our clients and employees and whether we are able to enrich their life. A truly great organization must treat the people inside and outside with utmost care, respect and appreciation. Read More...