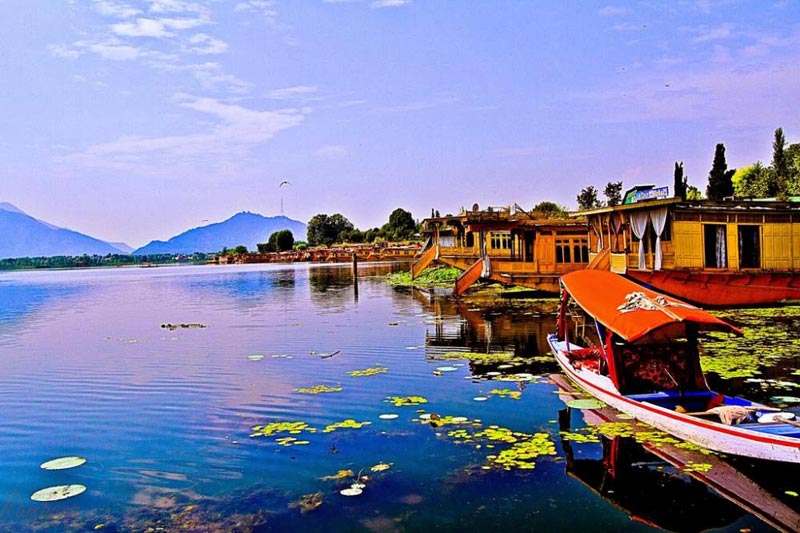 16 Nights Accommodation on twin sharing Basis as per the Itinerary with Breakfast and Dinner
Return airport and round trip transfers along with all sightseeing tours by Non-Ac Etios | Innova | Tempo Traveler as per the itinerary
Transport for Local Sight Seeing in Pahalgam(As local Transport Union doesn't allow our car to go for local sightseeing)
Driver Allowances, Toll Charges & Parking Charges
All Taxes IncludedAny Airfare
Any Kind of Personal Expenses or Optional Tours / Extra Meals Ordered
Anything not specifically mentioned under the head “Prices included”.
The Services of Vehicle is not included on leisure days & after finishing the sightseeing tour as per the Itinerary
Any Garden or Monument Entrances
Medical & Travel insurance
Pony Rides
Gondola Tickets
Any changes you may choose to make during your tour
Additional costs due to flight cancellation, road blocks etc

TERMS & CONDITION: -
Check-In / Check-out time at all the properties would at 1200 hrs (Noon)
Nishat Tours And Travels will not bear any cost for flight cancelled or delayed due to Bad weather or any other reason given by the airline. Cost for accommodation and transport in such cases will have to be borne by passenger.
No Refund or Compensation for any unused services or transport in any kind of circumstance.
No changes in the date of travel once booked.
Room allotment will be as per availability at the time of check in, floor or view preferences are not guaranteed.
Food menu as per availability of vegetables based on Buffet | Fixed menus
Any dispute will be subject to J&K jurisdiction
25% advance (Non Refundable) to be deposited at the time of booking confirmation & Balance 75% one month prior to arrival.
Cost of Child between 5 to 11 Yrs (Without Bed only) & for extra Bed kindly consider the cost of Extra Bed
Child below 5 Yrs of age will be complimentary.
Maximum 7 Pax can be accommodated in one vehicle (Innova or Similar)
Any addition in Tax or Fuel charge done by Airlines / Transport Company etc will be chargeable to group members.
The above rates are applicable strictly for resident Indian citizens only
Blocking of Rooms will be hold for period of 02 Days only.
IMPORTANT NOTE:-
Kindly note that names of hotels mentioned above only indicate that our rates have been based on usage of these hotels and it is not to be construed that accommodation is confirmed at these hotels until and unless we convey such confirmation to you. In the event of accommodation not becoming available at any of the above mentioned hotels we shall book alternate accommodation at a similar or next best available hotel and shall pass on the difference of rates (supplement / reduction whatever applicable) to you.
Our offer is based on usage of base category rooms at the mentioned hotels (unless specified otherwise) and if this category of rooms is not available we shall try to confirm accommodation in next available higher category of rooms and shall advise supplementary cost involved while conveying the status.
We shall not be responsible for any change in the itinerary due to flight cancellations, weather conditions or any unforeseen circumstances. The additional cost incurred will be in addition to the cost
CANCELLTION POLICY:-
10% cancellation charges if cancelled before 30 days before the tour |50% cancellation charges if cancelled within a 10 days before the tour 25% cancellation charges if cancelled within a 20 days before the tour | No refund for tour starting within 10 days of tour SUPPLEMENTS FOR OTHER OPTIONS:-
Professional Tourist Guide: Rs. 2000 Per Day
Lunch: Rs. 500 Per Person
Traditional Music Program: Rs. 10,000 Per Program
Nishat Tours And Travels
Your travel partner in Kashmir…
Head Office: Brain | Srinagar |Kashmir – 191121


About Nishat Tours And Travels

Nishat Tours And Travels established since 2006, and became inbound travel agency in Kashmir, Ladakh & India.\\r\\n\\r\\nWe are Jammu & Kashmir Department of Tourism\\\'s registered company meaning our services and products are subject to meeting official tourism industry standards in Kashmir. We are totally committed to operating a sustainable and responsible business. We provide the best services as committed to our guests because we believe in long term relationship.\\r\\n\\r\\nWe are Kashmir tour experts providing the largest range of all inclusive tour packages and combinations which we can customize to meet your requirements. We utilize our experience, expertise and knowledge of Kashmir combined with our passion and dedication to create and organize truly memorable Kashmir tour experiences. We offer the largest choice of tour routes and accommodation/car/activity combinations (GOLF, WHITE WATER RAFTING, HORSE RIDING, SKIING, TREKKING, CAMPING, FISHING) when you are touring Kashmir. We can also arrange tours in rest of India.\\r\\n\\r\\nWe offer our clients unforgettable experience in Kashmir and India. We thus propose an array of choices for properties and accommodation from luxury to budget including nice guest-houses, beautiful resorts and luxurious houseboats, lodges and hotels; that suit and meet all kinds of budgets.\\r\\n\\r\\nWe have all types of cars like Innova, Etios, Taveera, Tempo Traveller, Coaches with professional drivers for the tourists. Our drivers are educated and well mannered. We provide the best and new car so that they will enjoy their tour in Kashmir.\\r\\n\\r\\nWe are one of the foremost Tour Operator license by TOURISM AUTHORITY OF JAMMU & KASHMIR under License No. Reg/846/DT/26-3L Read More...