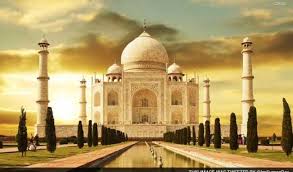 
About Lake Tour & Travels ( A unit of Kashmir Srinagar Tourism)

Kashmir Houseboats” are among the Best & luxury accommodation In Kashmir. Houseboats in Srinagar are located at Dal Lake & Nagin Lake. Tourist & travelers prefer staying at Houseboats in Kashmir rather then Hotels. Houseboat holidays are the most Romantic Kashmir Packages. The best of your holidays you have in Kashmir. On Landing in the Valley of Kashmir for the first time the idea most struck the mind of visitors is renowned “House Boats” who finds it a novel experience for staying possible now where else in the world. Many tourists are attracted to Srinagar by the charm of staying on a houseboat, which provides the unique experience of living on the water in a cedar-panelled elegant bedroom, with all the conveniences of a luxury hotel. Srinagar\\\'s thousand or so houseboats are moored along sections of the Dal and Nagin Lakes and river Jhelum, each decorated fancifully and named romantically and even whimsically. Like hotels, houseboats vary in degree of luxury and have been accordingly graded by the Department of Tourism. Read More...