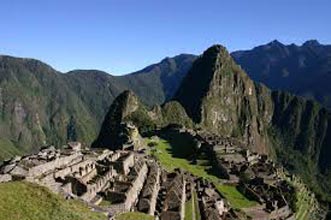 This 2-country holiday combines the highlights of Peru & Brazil. Visit Lima & the ancient Inca capital of Cusco, before exploring the Sacred Valley & taking the train to the citadel at Machu Picchu. Then fly to the mighty Iguassu Falls in Brazil, surrounded by tropical rainforests, before ending your holiday in the vibrant city of Rio de Janeiro. All transfers & specified sightseeing included.