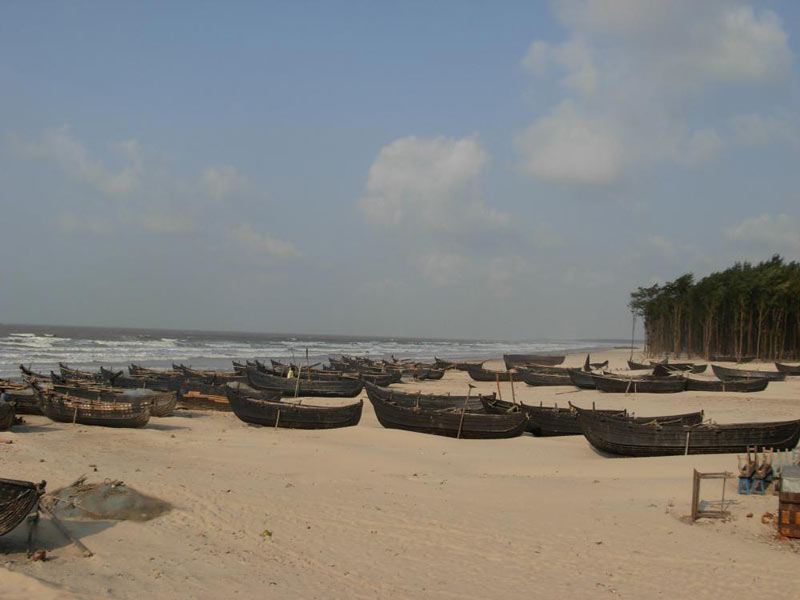 Kolkata, Formerly Known As Calcutta, Is The Capital Of The Indian State Of West Bengal. Kolkata Was The Commercial Capital Of East India, Located On The East Bank Of The Hooghly River. The City Of Kolkata Has 4.5 Million Residents, And The Metropolitan Area, Including Suburbs, Has A Population Of Approximately 15.7 Million, Making It The Third Most Populous Metropolitan Area In India And The 13Th Most Populous Urban Area In The World. The City Is Also Classified As The Eighth Largest Urban Agglomeration In The World. Kolkata Served As The Capital Of India During The British Raj Until 1911 When Due To Geographical Disadvantages And Growing Nationalism In Bengal The Capital Was Shifted To New Delhi. The City Is Noted For Its Vibrant Political Culture, Ranging From The Indian Struggle For Independence To Contemporary Politics. Once The Center Of Modern Education, Science, Culture, And Politics In India, Kolkata Witnessed Economic Stagnation In The Years Following India's Independence In 1947. However, Since The Year 2000, An Economic Rejuvenation Has Led To An Acceleration In The City's Growth. Like Other Metropolitan Cities Of India, Kolkata Continues To Struggle With Urbanization Problems Like Pollution And Traffic Congestion. Despite Its Problems, Kolkata Remains The Dominant Urban Area Of Eastern India And A Major Educational And Cultural Hub. Digha Is A Seaside Resort Town In The State Of West Bengal, India. It Lies In East Midnapore District And At The Northern End Of The Bay Of Bengal. It Is The Most Popular Sea Resort In The West Bengal. Renowned For Its Beaches, Digha Is Visited By Thousands Of Tourists Every Year. Digha Is The Nearest And Most Popular Sea Resort Of West Bengal. It Is Mostly Famous As A Weekend Destination For Kolkatans.Air Fare/Train Fare. Personal Expenses Such As Laundry, Telephone Calls, Tips & Gratuity, Mineral Water, Soft & Hard Drinks, Portrage. Additional Sightseeing Or Extra Usage Of Vehicle, Other Than Mentioned In The Itinerary. Entrance Fees & Guide Charges. Any Cost Arising Due To Natural Calamities Like, Landslides, Road Blockage, Political Disturbances (Strikes), Etc (To Be Borne By The Client, Which Is Directly Payable On The Spot). Any Increase In Taxes Or Fuel Price, Leading To Increase In Cost On Surface Transportation & Land Arrangements, Which May Come Into Effect Prior To Departure. Service Tax. (3.09%). Insurance. Anything Which Is Not Include In The Inclusion.

Other Terms & Conditions :
IMPORTANT:
Check-in 12:00 hrs. / Check-out time is 11:00 hrs.
If arrival of guest is by train at Railway Station, please be informed that our executive will be there to receive the guest at the exit gate (near enquiry counter) or arrive at Airport our executive will be there with the PLA - CARD at Exit Gate on the Airport.
The tourism infrastructure in Shantiniketan, Sundarban & Bishnupur is not very developed and one should not expect or compare it with the standards of city & other developed destinations.
We request guests to contact our executive in case of any complaint/suggestions instead of asking driver to follow according to their wish.
On arrival of guests, we will provide them local contact numbers of our executive, who will handle the entire operation.
Keeping this in mind please ensure that you do not leave your belongings in the vehicle as there is very little possibility of getting them back.
If for any reason any tourist spot is closed we shall not cover it on next day and if guest wants to do the same on next day then they have to pay the extra cost for the vehicle.
If guests want any changes in their sightseeing schedule they should be inform to our executive previous day of the schedule program before 16:00 hrs, after that no changes are allowed. If the guest inform after 16:00 hrs it will be consider as a cancellation with no refund or guest will pay extra cost for the re-schedule the sightseeing.
Please inform your guest to maintain the timing for the sightseeing / transfers which will advisable by our executive.Transfers:
Transfer from Kolkata Airport / Railway station will be provided from 06:00 hrs to 21:00 hrs. Else extra night surcharge will be applicable.


About The Cat Holidays

THE CAT HOLIDAYS is a new bottle with an old wine i.e. SOFIA HOUSE OF TOURISM, a unit of CAT GROUP OF COMPANIES. The company is formed in just 75 sq ft of office area in the beginning of the year 2005 with a view to promoting unconventional and offbeat holidays for the discerning traveler as well as to meet all the needs of a traveler under one roof. Our tours are for those who would like to explore the land and its people, who wish to uncover the superficial layers that can never reflect the truth of a great culture and to finally discover the real gem that shines within. The idea is to take you to common as well as lesser-known places of rare beauty and to show you a world that exists beyond brochures and boundaries, beyond luxuries and beyond imagination! The stupendous natural beauty, the cultural diversity, the exotic flora and fauna, the historic sites steeped in time and the warm and gentle people will all be a part of our travel experience. For the days you spend with us, we will be the catalyst watching you evolve as you experience the magic that unfolds. Read More...

More Packages by The Cat Holidays