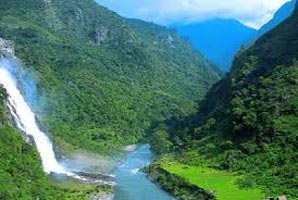 Accommodation in all the trip, Sleeping bag, personal expense, tips, which are not mention above.