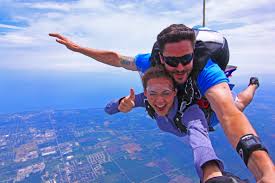 Departure from the pier to see one of the most magnificent antique cities in the world. The city is one of the most beautiful classical cities in all the world, on par with Rome and Athens in scope, quality and feel. St Paul, St. John, and the Virgin Mary have all been placed in this, the “first and greatest metropolis of Asia,” as well as a host of other characters, including rich old Croesus, General Lysimachus and the Emperor Hadrian. The city was an important Greek trading city of Ionia, and later a Roman provincial capital and home to one of the Seven Wonders of the Ancient World, the Temple of Diana, whose massive foundation can still be seen today after nearly 3 millennia. St. Paul lived here for 3 years in the 0060’s AD, when the city is supposed to have had a population of nearly 250,000, and here wrote one of his most famous epistles as a letter to the Ephesians. The ruins of Ephesus are vast and extraordinary. For those who like to take a step back into time, there are few places in the world better to do so. Then the guests will experience the tandem sky diving at Ephesus Airfield near the antique site. At the end of the Tandem Sky diving activity a small gift from the airfield will be presented to the guests. At the end of the program, return to Kusadasi either to have free time in town or shopping of local handicrafts. This program may be operated if the weather allows.