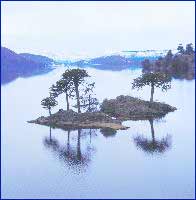 #3
Amont Things to Do in Los Lagos

The Llanquihue Lake has a surface of 877 square kilometers and its background is made up of the Osorno and Calbuco Volcanoes. It has numerous beaches, suitable for water sports; some have picnic and/or camping facilities, and others have complete tourist services. These beaches are surrounded by agricultural land that gets to the lake by means of soft plateaus, forming small inlets and long beaches. In the lower areas of the Osorno Volcano that gets to the lake coast there are steep areas with native vegetation. The coast perimeter of the lake has paved and rocky roads, mainly in good condition (except from the area of the lower areas of the Osorno volcano). Its innumerable beaches are all suitable for water sports, some with picnic and/or camping facilities, others with complete tourist services. The cities or towns near the lake are Puerto Varas, Ensenada, Puerto Klocker, Cascada, Puerto Octay, Frutillar, Los Bajos and Llanquihue, among others. The lake, the Osorno and Calbuco volcanoes can be seen from all the cities and in some places the Puntiagudo volcano can also be seen. There are ski tracks in the lower areas of the Osorno volcano(on the Ensenada side and near Puerto Klocker) with some shelters and enough equipment. Salmon species fishing is carried out intensively during the allowed season, especially in the middle of the lake and in the mouth of the Pescado, Blanco and Tep

All Places to Visit in Los Lagos