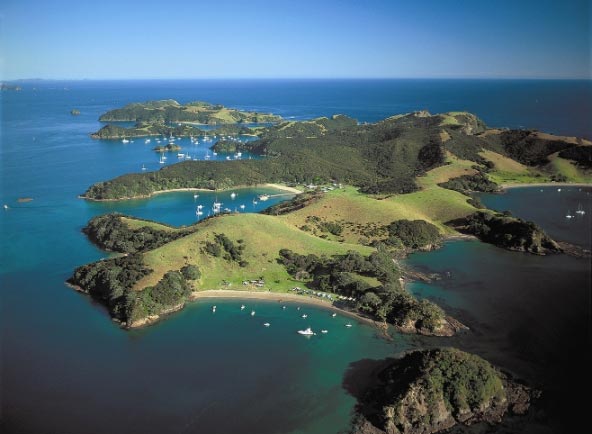 Step aboard the luxurious ‘Island Passage’ and explore the Bay of Islands in the Northland region of New Zealand.

This sub-tropical region has the finest maritime park in New Zealand with 144 islands, secluded bays, and an abundance of marine life including marlin, whales, penguins, dolphins, gannets and many other species. It is one of the most picturesque and popular holiday sites in New Zealand. It combines great fishing, diving, sailing and other water sports with some of New Zealand’s most significant historic sites.

Absolute New Zealand was the brainchild of Brent Narbey and Nigel Williamson. Both were passionate about travel and promoting New Zealand and Australia as superb tourist destinations, but wanted to do something different from the traditional type of travel – unique itineraries that offered the best activities and experiences New Zealand and Australia had to offer, with an educational and cultural element.\r\n\r\nAfter much research Absolute New Zealand was born, and from humble beginnings is now a leader in Australasian luxury travel. Read More...