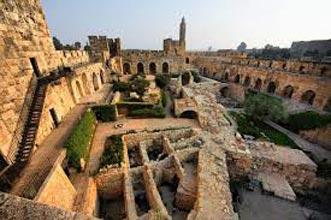 Airline tickets
Beverages with meals
Gratuities to guides and drivers