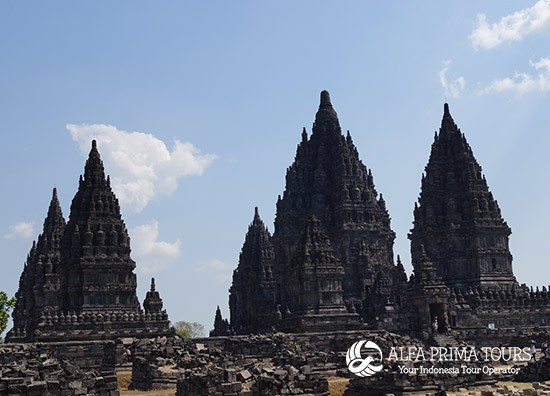 Java is an island of Indonesia with a population of 145 million people it is the most populous island of the world. Java is home to 57% of the total Indonesian population.The Indonesian capital Jakarta is located on western Java, much of the Indonesian history took place on Java.  It was the center of powerful Hindu-Buddist empire, the Islamic sultanates and the core of the colonial Dutch East Indies. Nowadays Java dominates Indonesia politically, economically and culturally. Three main languages are spoken on the island with Javanese being dominant, the island is divided into four provinces: West Java, Central Java, East Java and Banten. Jakarta and Yogyakarta are two special regions. The natural environment of Java is tropical rainforest with ecosystems ranging from coastel mangrove forests on the north coast, rocky cliffs on the southern coast and low-lying tropical forests to high attitude rainforests on the slopes of mountainous volcanic regions in the interior. Java has a rich biodiversity of wildlife where numbers of endemic species of flora and fauna flourish, for instance there are 450 species of birds.