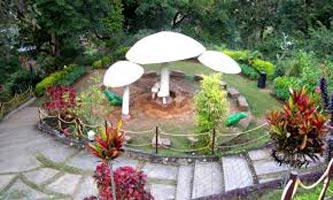 Nature has bestowed it's plentiful bounties on Arunachal Pradesh, India's land of rising sun. The evergreen forests, the virgin floral and faunal varieties, the turbulent streams and roaring rivers meandering their way through deep gorges and lush green valleys, the inspiring mountains, and snow clad peaks - all make the state a unique place offering the tourist numerous opportunities for rafting, hiking and mountaineering. Arunachal Pradesh finds it's mention in literature such as the "Kalika Purana" and in the epics of "Mahabharata" and "Ramayana". It is believed that sage Vyasa meditated here and the remains of the brick structure, scattered around two villages in the hills north of Roing was the palace of Rukmini, the consort of Lord Krishna. The sixth Dalai Lama was also born on the soil of Arunachal Pradesh.