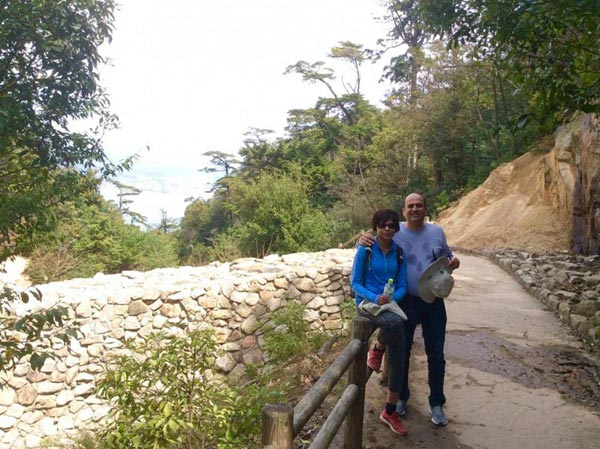 Ganja La trek is one of the most popular trekking destinations in Langtang region for having amazing views of Himalayas and explore the distinct culture, lifestyles of various indigenous communities and also the mountain lake, Gosainkunda and diverse flora and fauna and more. [Ganja La Trek] Ganja La trek is one of the popular trekking destinations in Langtang region, north of Kathmandu valley. Ganaja La (5,200 m) pass is one of the amazing viewpoints in Langtang region from where you will have amazing mountain vistas namely of Langtang Lirung (7,246 m.) Gangchenpo (5,846 m), Dorje Lakpa (6,966 m), Gauri Shanker (7,134 m), and host of other Himalayas in the Rolwaling, Langtang and Annapurna Himalayan range. The trek us winds around Langtang valley, a narrow mountain valley lies just bellow and nestled between the white mountain peaks namely Langtang Lirung (7,246 m.) Gangchenpo (5,846 m), Dorje Lakpa (6,966 m), near the Nepal-Tibet border. You will also pass through high mountain pass called Ganjala Pass, and then spend time in beautiful mountain valley, Langtang and Helambu, where there are the settlement of primarily of Tamang and Hyolmo indigenous communities, who have their own distinct culture, custom, lifestyles, since they are residing near the Tibet border, some of their culture is close to Tibetans. Thus, during the trek, you will not only be able to explore the majestic Himalayas but also explore the unique culture, rituals, and lifestyles of those diverse ethnic groups residing alongside of the trail also explore the Tibetan monasteries, manis, and many more. In addition, you also can extend your trip to the mountain holy lake Gosainkund situated at 4,380 meter and then stroll around the Nepal's one of the largest National park, Langtang National Park and explore diverse flora and fauna. As the park is the habitat of various wild animals like wild dog, red panda, musk deer, Himalayan black bear, Himalayan Thar, Ghoral, rhesus monkey to name a few. These are some of the features why Ganja La pass trekking is one of the popular trekking destinations in Nepal. Ganja La trek begins with one day drive from Kathmandu to Sybru Bensi and then the trail leads you along the Langtang River to the east until you get to Kyanjin Gompa (3,049.), at Kyanjin Gompa areas, there are numerous of Buddhist monasteries and also the cheese factory, after making an excursion around, you will cross the Ganja La Pass, while passing you will have an stunning views of Langtang Lirung and a number of Himalayas in the Langtang region and enter into Langtang valley, and then you will explore around the Langtang national park and then you also can extend your trip to Gosainkunda otherwise, you will retrace back to Malemchi gaon and Tarke Ghyang and finally at Melamchi Pul Bazaar then you will catch the private vehicle or public bus and return back to Kathmandu. Trip Highlights Embraced with stunning mountain vistas located in the northern part of Nepal. Scramble over the rugged and high mountain pass like Gosainkund pass (4,610 m), Ganjala Pass (5,122 m), Gang Chhenpo (6,388 m), Kyanjing Ri (4,600 m) and have wonderful views of the majestic mountains located in the region. Explore the sacred alpine Gosainkunda lake located at 4,380 m height. Discover the charming settlement of various ethnic groups including Sherpa, Hyolmo, Bhotiya (Tibetan origin people), Tamang, whose religious practices, languages and dress are much more similar to those of Tibet and enjoy with local dishes and delicacies and spend time in the serene and tranquility. Have an opportunity to join the monks and nun for morning or evening prayers in the Buddhist monasteries namely in Kyanjin Gompa and pass through terraced farmland, steamy forest of pine, bamboo, rhododendron, yak pastures, which really offers you dazzling views of incredible landscapes stretching to the Tibetan border.Personal expense Personal Trekking equipment Bar bills Your travel insurance Rescue expenses Tips for guide, porter & driver All other expenses are not mention above because of unforeseen circumstances

Tour Packages for 15 Days and 15 Nights