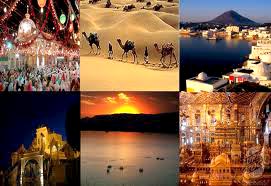 Golden triangle tour is the best and most commendable way of visiting the real acquisitive India. Visit Pushkar with your friends and family for an enchanting and snuggling experience of India’s royal history. Pushkar lake, Brahma temple, Pushkar Ghati and Soniji Ki Nasiyan are some of the eye catching places for a visitor.