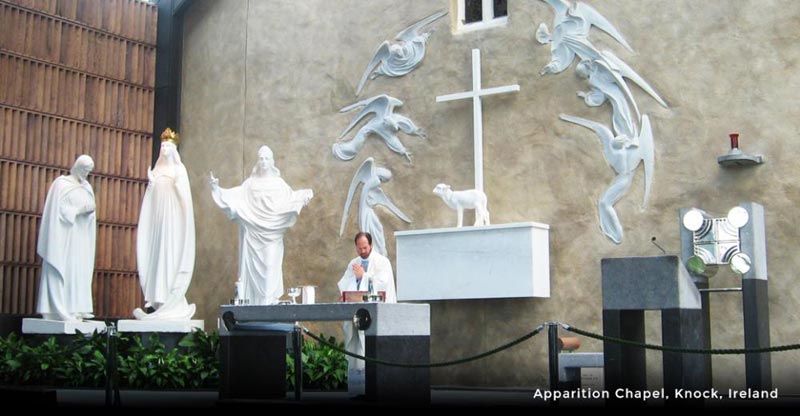 The practice of Pilgrimage is almost as old as recorded history. In Ireland, "The Land of Saints and Scholars", you will journey through strong historic resonance with the early Christian scholars while in Clonmacnoise. Live through the medieval journeys in Glendalough, and finish with heightened spirituality as you visit Our Lady of Knock - the Marian Site that is on the same pedestal as Fatima and Lourdes. Open yourself to the message of "Knock", and to the renewal of faith and prayer, which is so vital to our lives as Catholics.Lunches, Tips to your guide & driver.