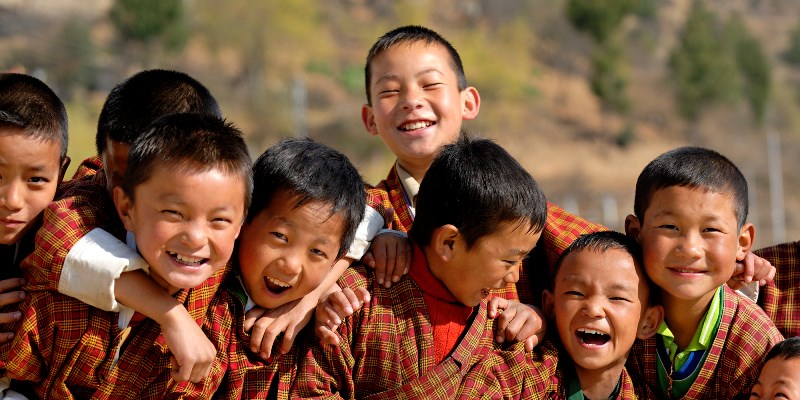 Journey Into the Land of Happiness Kingdom Tour

Bhutan is a Himalayan kingdom that has embraced its traditional Buddhist culture amidst all the daunting global changes. Besides the tradition and culture, there lies a lot of mystery on this land to explore. Keeping all this in mind, we have meticulously designed 4 nights and 5 days ‘Journey to the land of Peaceful Dragon’ tour that will give you a heady mix of museums, mountain passes, and ancient ruins. Visit the popular destinations of Bhutan such as Thimphu, Punakha, Wangduephodrang and Paro. Note: This is just a suggested itinerary indicative of what could be possible. We customize holidays for your specific needs. Contact us if you want modifications so that we could customize a holiday to suit your need for an unforgettable International tour.

We at Bhutan Tours and Luxury Exclusive, our aim is to unlock the majesty of Bhutan in a way that no other agency currently does , We offer a vast choice of tours including specialized tours such as Biking, Bird watching, Festival Tours and Luxury tours to name a few. All our tours are specially designed and customized keeping in line with the philosophy of sustainable tourism. Although it was a modest start, our team consists of professional guides and travel experts with work experiences of over 11-15 years in the field of tourism in Bhutan. The guiding principle of our team is to work together with one single mindedness towards providing a highly personalized and authentic experience of this tiny little slice of Heaven on Earth. The passion and love of the country is very evident with all of our employees here at Bhutan Tours and Luxury Exclusive. Our team of dedicated staff is well equipped and experienced to assist and deliver all your queries about the country. So, we welcome you to come and be a part of the country known as ‘The Last Shangri La’ and take home a Big Experience!” Read More...