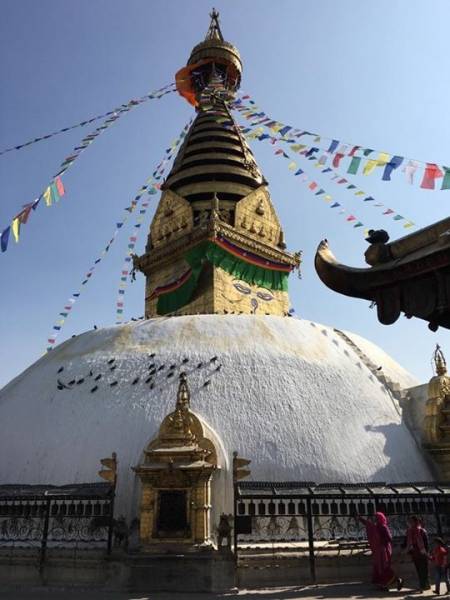 Kathmandu Pokhara Chitwan Nagarkot Tour package is multiday holiday package. It is suitable for visitors having a short time interval and want to explore more nature and culture. Each of these four destinations has their own unique characteristics and attractions. Kathmandu Valley is popular for palaces, temples and stupas. Chitwan is popular for the Tharu villages and jungle safari. Pokhara is popular for the mountain vistas, lakes, caves, waterfalls and museums. Nagarkot is also famous for the amazing sunrise and sunset view. Nagarkot is also the popular picnic sports near Kathmandu Valley. Himalayan Sanctuary Adventure gives you well-organized Nepal holiday tour package and takes you to the four of the most popular touristic places of Nepal.

Nepal is located between India and Tibet and offers a fantastic array of attractions for tourists. It is also known as the land of the Mt. Everest. And also a fascinating land of ancient history, various cultures and scenic grandeur. It is also the richest countries in the world in terms of biodiversity because of its unique geographical position and latitudinal variation. Nepal has a rich and a most diverse culture with its unique location between the world’s two largest and ancient civilizations.

Himalayan Sanctuary Adventure (HSA) is a privately owned Travel and Trekking Management Company founded in 2015, serving both the corporate and leisure traveller. Our head office is located in Kathmandu, and we strive to offer excellent travel and trekking experiences year-round, at a reasonable cost. HSA is a member of the Trekking Agencies Association of Nepal (TAAN), Village Tourism Promotion Forum Nepal (VITOF) and Tourism Industry Division. We offer everyone the opportunity to discover and appreciate the beauty and challenge of our breathtaking Himalayan mountains. From Classic trekking programs to wild and exciting journeys in the remote and untamed regions within and beyond Nepal, we welcome visitors from all over the world to share our home, traditions and hospitality. We are here to make sure your trip runs smoothly and is everything you imagined! We provide everything from meeting and greeting clients at the airport, to permit arrangements, accommodation, transport, cultural visits, catering, cuisine recommendations, and trained and experienced trek support crews and leaders. We also arrange emergency evacuation and support. As a leading trekking and adventure tourism agency, we are able to influence and guide the development of the trekking and tourism sector in Nepal. Moreover, we are very pleased to share our passion for the mountains, nature and people of our beautiful Himalayas. Read More...