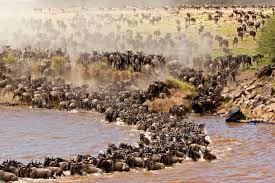 During this 4 - day camping safari you will visit the Lake Manyara National Park, the Ngorongoro Conservation Area and the Serengeti National Park. What you can expect in this safari is to view everything ‘’big five and different wild species’’.Sleeping bag
Flights
Optional activities
Alcoholic and soft drinks
Visa fees
Tips
Personal spending money for souvenirs etc.
Travel insurance25-0110-01