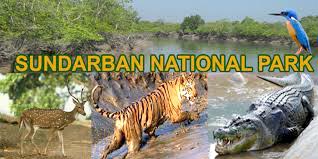 Airfare.
Personal Expenses like Telephone, Fax, Internet, Laundry, etc.
Any portage at airports and hotels, tips, room service, insurance, wine, boating charge
Guide / Entrance fees, porters.
Any cost arising due to natural calamities like landslides, road blocks etc (to be borne by the clients directly on the spot).
Any increase in taxes or fuel, leading to increase in surface transportation & land arrangements, which may come into effect prior to departure.
Any services not specifically mentioned in the inclusions.
Additional Sightseeing or usage of vehicle not mentioned in the itinerary.11-0931-03

Big Life Holidays is travel management company based in Delhi. We organize inbound and outbound tours and also provide holiday packages (theme) such as adventure tours and beach island tours. We offer tailor-made tours and you can also handpick any pre-planed itinerary from us. We offer an array of travel services such as car & coach rentals, hotel booking, passport & Visa, airline & rail ticketing etc. We also organize events. The company is backed by a team of highly experienced professionals, which include tour managers, tour planners, tour designers etc. We offer inexpensive holidays and travel services. Read More...