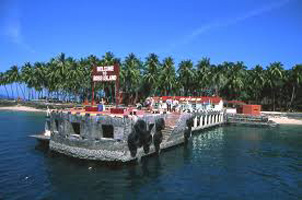 Sands of Andaman Travel Pvt. Ltd. is a Full-fledged Tour and Travel Company, Based in Port Blair, Andaman & Nicobar Islands. We Offer a Wide Array of Services to Our Clients Ranging from Organizing Tours, Car Coach Rentals, Travel Management, Hotel Reservations, Corporate and Private Events Etc. Our Tour Guides and Agents are Highly Experienced and Capable of Helping You Explore all the Popular and Offbeat Destinations in the Andaman and Nicobar Islands. You Can Make Your Holiday to Andaman and Nicobar Islands a Completely Hassle Free and Exciting Experience. We Offer Adventures such as Scuba Diving, Sea Walking, Snorkeling and Sea Fishing Under Expert Guidance. Read More...