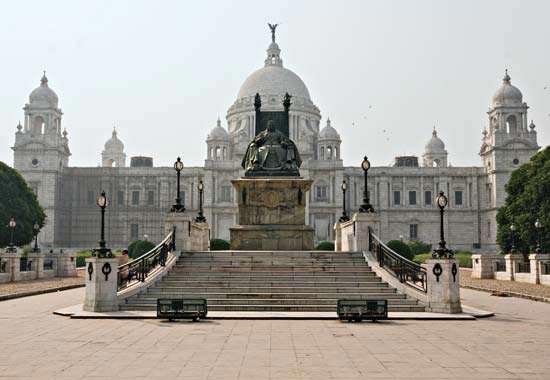 The ruling ground of many ancient empires, East India has a strong ethnic culture and religious roots. Comprising the easternmost cities namely Odisha, West Bengal, Arunachal Pradesh, Bihar, and Jharkhand wherein the bulk of the region is either near the Bay of Bengal or on the Indo-Gangetic plains.

Kolkata, known as the Cultural Capital of India, is the largest city of East Indian region. Located in the state of West Bengal, it boasts 19th-century architectural marvels such as Victoria Memorial and Howrah Bridge. The narrow alleyways and markets blend well with the ancient temples, science centers, and educational institutions giving Kolkata a metropolitan character. While Odisha is a state that displays innate architectural prowess. The Sun Temple in Konarak and the ancient Jagannath Temple in Puri are fine examples of it. Various unspoiled beaches and caves are also found here.

In terms of food, each state of Eastern India has its rich delicacies soaked in traditional herbs and spices. Bengali fish and Rasagola lure you in Kolkata while Chena Gaja and Rasmalai are lip-smacking dishes of Odisha. Adding to the vibrant culture of East India are various dance, music and art forms. From Sambalpuri dance to Rabindra Sangeet and Madhubani paintings, the creative diaspora of the region has left its mesmerizing effect on people worldwide10% DISCOUNT (if booked 90 days in advance with full payment) per person on Twin Sharing basis subject to minimum 2 pax travelling together. GROUP Discounts available on minimum 10 paying paxBreakfast on day of Arrival
Meals except where mentioned
Medical & personal expenses like beverages, tips and gratitude’s, telecommunication charges
Any kind of Insurance, Visa,
GST@5%
Wi-Fi charges, laundry and what so ever not mentioned under “cost Includes"1-1031-3

On confirmation of the programme from the " Company " a deposit equal to 50% (fifty) of the contracted value of the tour price is required to be sent directly to the "Companys" bankers, vide swift transfer/ credit card with a confirmation copy of the same to the "Companys " headquarters, at New Delhi. The balance of the contracted value 50% (Fifty) shall be paid not less than 35 days before commencement of tour OR a deposit of 100% (Hundred) is required 35 days before commencement of tour.

Travel dates may be changed up to 35 days prior to travel without penalty. An administration charge of 10% will be charged, if a confirmed booking is changed or transferred up to 35 days before commencement of the tour. After this time all changes will be treated as cancellation and will be subject to the charges mentioned below. Cancellation charges are calculated from the day, written acceptance of confirmation along with deposit is received by the “Company” and expressed herewith as a percentage of the total tour price including surcharge as follows:

Tour cost includes presently prevailing State and Government taxes, applicable on accommodation and transportation. In case of any hike in taxes, surcharge will be applicable. # suggested hotels are subject to availability at the time of booking. In case the same is not available, then the best similar category will be provided # Tour cost is not refundable for any cause, once the tour starts # All tours subject to 100% advance payment minimum 30 days prior to start date. # Tour guide reserves the rights to make changes detour or omit any place of visit if it becomes necessary due to bad weather, bad road, strike or shutdown and any security reason. # Tourist will carry their luggage at own risk and responsibility; C’ MORE Travel & Tours or any of its associate agents, do not hold any responsibility for any loss of luggage during the tour.

\\\\\\\\\\\\\\\"There is no happiness for him who does not travel. Therefore, wander. The fortune of him who is sitting sits. It rises when he rises, it sleeps when he sleeps, it moves when he moves. Therefore, wander!\" C’MORE caters to the needs of luxury and budget travelers alike. The organizational structure of the company assures personalized services suited to the needs of people of different countries and regions of the world. Personal care, Professionalism, Timing and Best Return Value is our Alma Mater.We work only as Incoming Tours Organizers, because we are Indians and we know our country well. Our long lasting 27 years’ experience in the travel and tourism destinations guarantees the best planning for your business and / or pleasure trips. We have secured our service excellence by setting and keeping high quality standards. We combine preferred and tourist popular hotels and destinations, in order to provide you with specialized tour packages, that correspond best value for your money and create the perfect environment for a relaxing and memorable stay. Great memories from our country is the best form of advertising for us and a good reason for you and your friends, family members or colleagues to come back again and again. Read More...