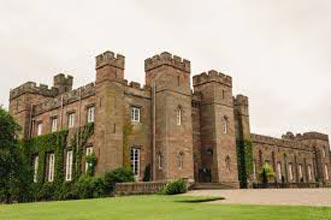 Offered by : About Scotland 0/5

Discover the ancient capital of the Picts and crowning place of Scottish Kings, at Scone Palace. Explore the grounds of Dunkeld’s romantic 13th century cathedral situated on the banks of the river Tay. Journey through spectacular mountain glen’s and dramatic rivers. Enjoy a wee dram at The Glenturret Distillery, Scotland’s oldest working whisky distillery. And explore a magnificent medieval castle at Stirling.

My name is Ricky Henderson, a proud native Scot, born and bred in the west end of Glasgow. When I set up About Scotland Tours in 2010, it was with the sole purpose of providing our guests with a more flexible, relaxed and fun experience. We do not stick to rigid timetables like large coach tours, which gives our guests more time to explore Scotland’s historic castles, ancient neolithic sights and wee hidden gems.\r\n\r\nFor as long as I can remember ( around 30 years or so ) I have had a real passion for my country Scotland, learning our diverse cultures, ancient history and exploring the natural beauty of our spectacular landscapes and rugged mountain glens. I want to share it with you and introduce you to the very best of Scotland, you wouldn’t get to see with rigid bus tours. Read More...

More Packages by About Scotland