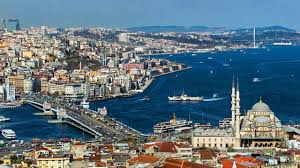 For over a decade, Greece Turkey Tours is facilitating the best services in the tourism sphere of India and Greece-Turkey. This travel management firm is the brainchild of Mr. Amit Martyris who laid the cornerstone in the year 2008 in Ghaziabad (Uttar Pradesh). The prime aim behind establishing the company was to end major and minor hassles faced by tourists and travelers. At us, clients utilize different services like car & coach rental, hotel booking, cruise booking, and event planning. Moreover, we also render passport & visa and travel insurance to clients as well. Owing to our flawless work, we’ve sustained ourselves as a prominent choice for many people. Read More...