#2
Amont Things to Do in Arica

Lauca National Park is distinctly different from the other protected wild areas in Chile on the virtue of the presence of a large variety of the flora and fauna. Lauca National Park spans an area of 137,883 hectares and boasts of about 130 different species. Among the animals spotted in Lauca National Park, there are the Guanacos, guemuls, llamas, pumas and foxes. They can thrive at an altitude of 2800 to 3800 meters. With the increase in altitude there is a marked decrease in the number of animals. For instance llamas, alpaca and the vicunas are the only animals that can adapt themselves to such extreme conditions. A large number of birds flock to the Chungara Lake. They include the blanquillo, huairavo, flamingo, giant taqua and the jargon duck. As far as the park's flora is concerned, Ilareta is worth a special mention. They are a bushy growth that is light green in color. They grow in compact beds and have a very slow growth rate. The eastern side of Lauca National Park is dotted with peaks of volcanic origin. These include the Parinacota, Pomerape, Guallatire and Acotango. The Lauca and the Lluta are the prominent rivers that the park encompasses. Apart from the Chungara Lake, there are the Cotacotani lagoons , bofedal ponds and the Las Cuevas hot springs that can't be missed. The Lauca National Park allows the activity of fishing in the Lauca River. The myriad trails of the park offers the scope of exploring the natural and cultural treasures of the place, but are only safe for those who have no problems with high altitude. The trails are mostly self-guided, but you can always ask for a pamphlet as a ready reckoner. 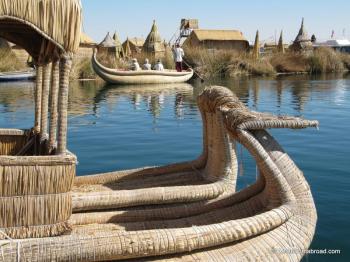 Top Places to Visit in Arica

All Places to Visit in Arica