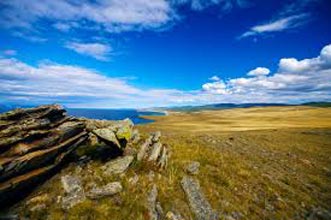 Olkhon Island is a special place by its energy, which can not leave anyone indifferent. Just here Shamanka Rock is located, where local shamans still perform their rituals and speak with spirits of the past, Olkhon Island is one of six sacred places of Asia. Just here Zhima mountain is located, where by the legend the host of Baikal lives. There are also many capes with beautiful views to the lake. There are great possibilities for hiking and cycling at summer, and ice walking and driving in winter! HIGHLIGHTS Enjoy the main sight of Lake Baikal in relaxed way Visit the places of the Power where local shamans still speak with spirits Enjoy a magic night sky studded by stars and try a real Russian sauna ("banya") Taste a real fishman's soup Ride a ferry and legendary Russian UAZ jeep, visit capes with beautiful views of Lake Baikal

52˚17’ is a project uniting all people who love travelling, cognize themselves and the world around. Our purpose is to build 52˚17’ Travel-Centers in every major city of the Earth for experience exchange of travellers\' and everybody, who shares our beliefs. If you value keeping exploration every single day, visit us and enjoy our place in Siberia! Read More...