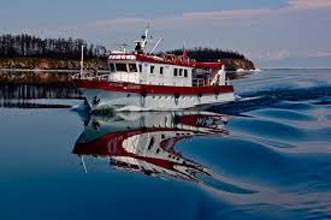 This tour is made for those who has not much time, but wants to see as much as possible. These three days will give you good feeling and understanding of local nature and native people, who inhabit these lands for thousands of years. First day dedicated to the history and culture of Siberia. You will visit two main sights in one day, Listvyanka and Circum-Baikal Railway. The next two days you will visit Olkhon Island, a special place by its energy, which can not leave anyone indifferent. HIGHLIGHTS See the Shaman Rock from fairy tales about Baikal and Angara Taste delicious and famous Baikal Omul fish Enjoy a magic night sky studded by stars and try a real Russian sauna ("banya") Visit the places of the Power where local shamans still speak with spirits.

52˚17’ is a project uniting all people who love travelling, cognize themselves and the world around. Our purpose is to build 52˚17’ Travel-Centers in every major city of the Earth for experience exchange of travellers\' and everybody, who shares our beliefs. If you value keeping exploration every single day, visit us and enjoy our place in Siberia! Read More...