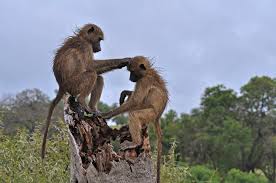 Lodge safaris are for the discerning traveller who wishes to experience Eastern Africa’s wilderness in comfort and ease while traveling in the African bush.
Quite literally 5-star treatment in the heart of the bush with everything provided: from private bathrooms with hot showers to gourmet meals, swimming pools and luxurious lounges. This luxury safari is ideal for two and offers the best tour and safaris adventure in Tanzania.Extras at the lodges i.e. drinks, telephone, laundry etc.
International flight
Entry Visa to Tanzania
Departure tax
Tips to porters and drivers.1-131-12

Claudious Tours and Safaris is an East Africa based tours and safari operator that has been in operation for some years now offering both upmarket and budget tours to travelers visiting East Africa, Southern Africa and Central Africa. The company ensures satisfaction for the traveler by giving these clients the best that is to be found in these regions including wildlife adventures, photographic safaris, cultural tours, special interest safaris (including fishing, water rafting, ballooning, conferences, gorilla tours, deep sea diving, archaeological), car rental and hotel bookings. Cuisine that is served to our clientele meets international standards as well as the hotel, lodges and chalets where guests are hosted. Read More...