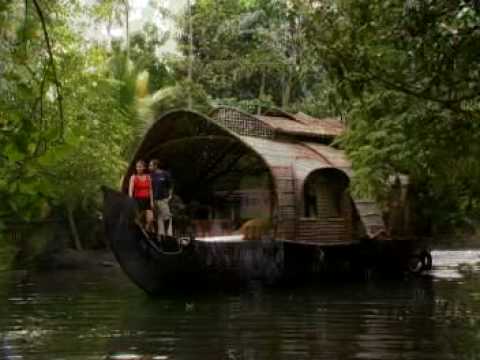 with the Arabian Sea On the West and a Vast Network of Lakes, Lagoons and Fresh Water Rivers Crisscrossing It, Alappuzha is a District of Immense and Natural Beauty. Referred to as the Venice of the East By Travellers from Across the World, this Backwater Country is also Home to Diverse Animal and Bird Life. By Virtue of Its Proximity to the Sea, the Town Has Always Enjoyed a Unique Place in the Maritime History of Kerala.today Alappuzha Has Grown in Importance as a Backwater Tourist Centre, Attracting Several Thousands of Tourists Each Year. Alappuzha is also Famous for Its Boat Races, Houseboat Holidays, Beaches, Marine Products, and Coir Industry. a Singular Characteristic of this Land is a Region Called Kuttanad. a Land of Lush Paddy Fields, Kuttanad is also Called the Rice Bowl of Kerala and is One of the Few Places in the World Where Farming is Done Below Sea Level.

tremendously Well-known for Its Beautiful Backwaters, the City of Alleppey in Kerala is also Identified for Its Beaches, Temples and Customary Boat Races. this Admired Tourist Destination also Has Several Very Well Reputed Ayurvedic Spas and Wellness Centers.

dotting the Shoreline of the Arabian Sea, Alleppey (also Known as Alappuzha) is the Oldest Intended Backwater Town of Kerala. this Place is Famed for Its Numerous Rivers Crisscrossing the Sea and is Home to Lots of Canals, Beaches, Backwaters and Lagoons. Alleppey is Frequently Referred to as the Venice of India. the Backwaters Joined with Houseboats and the Tropical Village Life Makes Alleppey to Make a Visit.

due to Its Proximity to the Sea, the Weather of Alappuzha is Humid and Hot Throughout the Summer, Although It Remains Quite Cool and Pleasant During the Months of October and November. the Standard Monthly Temperature is 27c. the District Gets the Advantage of Two Seasonal Monsoons, as in other Division of the State. Alappuzha Town have a Long Monsoon Season with Deep Showers as Both the Southwest Monsoon and Northeast Monsoon Influence the Weather of Alappuzha. the South-west Monsoon Changes the Climate in the Months from June to September. the Average Rainfall Received By the Region is 2763 Mm.