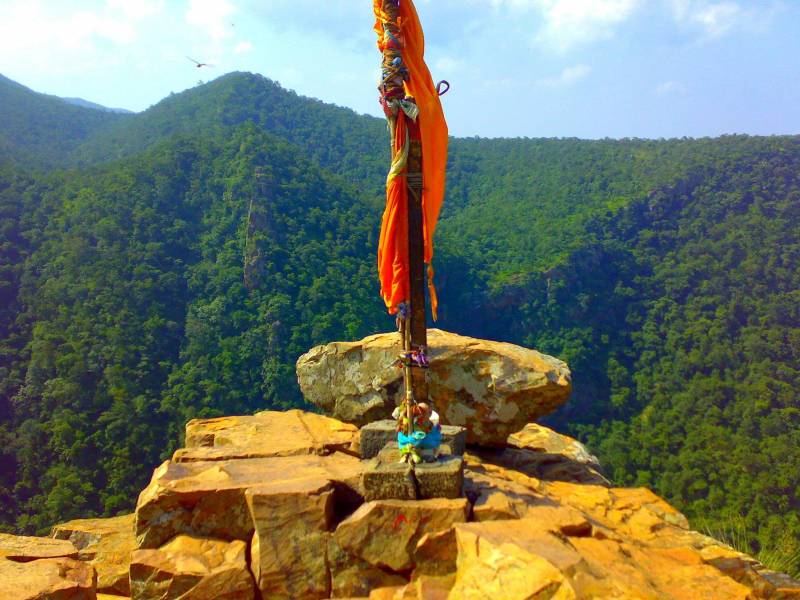 the Area Gets Its Name from the Local Language and is Based On a Well-known Shloka. There are a Total of Nine Temples Devoted to Lord Narasimha and all Them are Positioned Within a Radius of 5 Kilometres from the Town of Ahobilam. The Temple of Prahalada Varadhan is to Be Found At the Foothills of the Peak and There are Some Located Inside the Caves in the Mountain, But are Tough to Reach. Chennai Star Travels Provides Tour Package to Ahobilam to Get Blessings from God.

Ahobilam is also Known as Thiru Singavel Kundram. The Whole Eastern Ghats Range is Compared to Sri Adi Sesha – the Huge Serpent Bed of Lord Vishnu. On His Seven Hoods Positioned in Tirupati, On Stomach Ahobilam and On Its Tail Put Down Sri Shailam. The Brahmanda Purana States that Ahobilam Was the Residence of the Demon King Hiranyakashipu Who Was Killed By the Lord. It is also Identified as Thiru Singavel Kundram. Visit Ahobilam to Get Full Blessings, Health and Wealth from God.

It is a Divya Narasimha-kshetra. Ahobilam is a Place Where Lord Narasimha Appeared Out of a Pillar and Saved His Disciple Prahlada. This Place is also Well-known as the Land of Nava Narasimha Due to the Nine Cave Temples of Lord Narasimha Located Here. Ahobilam is Located in the Nallamalla Forest Amidst the Lush Green Valleys, Dazzling Waterfalls and the Meandering Curves of the Bhavanashini River. Untouched By the Modern Growth, this is a Ideal Place for Anyone to Experience Divinity in the Lap of Nature.

When the Highest Lord Incarnated as Lord Narasimhadev – Half-lion and Half-man, He Tore Apart Hiranyakashipu Into Portions. Witnessing this Superb Pastime, the Demigods Praised Lord Narasimhadev as ‘ahobala’ Meaning ‘the Enormous Strength’. An Additional Meaning of Ahobilam is ‘wonderful Cave’, a Cave in Which Garuda Contemplated and Achieved the Blessings F Lord. In Order to have Darshan of Lord Narasimhadev, Garuda Meditates On One of the Mountains in the Nallamallai Hills for Thousand Years. Being Satisfied By His Meditation, the Lord Manifested Himself in a Cave Near. Garuda Was Then Informed About the Place of this Cave. He Arrived At Here and Had Darshan of the Lord. He Worshipped the Lord with the Chosen Verses and After Having Darshan of the Lord and Having Worshipped Him, Garuda Believed Himself Blessed and Thus this Place Came to Be Known as Ahobilam. The Mountain On Which Garuda Achieved Austerities Came to Be Known as Garudachala.