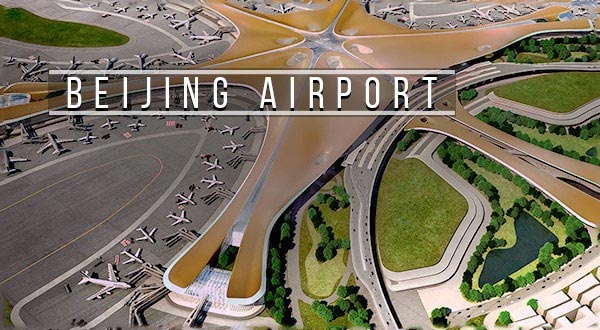 Tours Pick - up; all tours are located at certain meeting point. Direct pick - up and drop off at the hotel is subject to availability and location of your hotels. Please confirm with your Travel Agent.
For guests with minimum group of 5, direct transfers can be requested, subject to availability.
Flight must be book separately.
Tips to Driver and Guides (Non Compulsory).
Saturday & Special Holiday Surcharge.
Other Fees which are personal in nature.
Other Services not mentioned in the itinerary.

A. MINIMUM OF 2 PERSONS PER PACKAGE. ALL RATES ARE IN PHILIPPINE PESOS.
B. WE DO NOT HAVE CANCELLATION POLICY ON PACKAGES, FORFEITURE OF THE PAYMENT WILL BE IMPOSE UPON CANCELLATION.
C. REBOOKING MAY BE ALLOWED BUT SUBJECT FOR APPROVAL AND PREVAILING CHARGES AND PRICE DIFFERENCE. SUBJECT TO AIRLINES, HOTELS AND TOUR OPERATORS REBOOKING POLICY.
D. IN THE EVENT OF FLIGHT CANCELLATION DUE TO AIRLINE FAULT OR FORCE MAJEUR, FLIGHT BOOKING MAY BE REQUESTED FOR REFUND OR CANCELLATION, SUBJECT FOR APPROVAL. EXISTING BOOKING FOR TOURS AND HOTELS WILL BE CANCELLED AND NON-REFUNDABLE IN THE EVENT OF NO-SHOW ON DESTINATIONS.
E. IT IS YOUR RESPONSIBILITY TO ENSURE THAT ALL TRAVELLERS HOLD A VALID PASSPORT, VISA TO TRAVEL, AND NECESSARY IMMIGRATION REQUIREMENTS TO TRAVEL OUTSIDE THE COUNTRY.
F. IN THE EVENT THAT YOU MISSED YOUR FLIGHT FOR ANY UNEXPECTED REASON, WE DO NOT HAVE ANY CANCELLATION AND REFUND POLICY.
G. PLEASE BE INFORMED THAT TRAVEL TAX IS PAYABLE AT THE AIRPORT.
H. YOUR ACTUAL TOUR VOUCHERS AND ATTRACTIONS PASSES WILL BE SEND 1-2 WEEKS PRIOR TO YOUR DEPARTURE DATE, AND IN CASE, FULL PAYMENT SHOULD HAVE BEEN SETTLED TO OUR ACCOUNTS.
I. IT IS YOUR RESPONSIBILITY TO ENSURE THAT ALL VOUCHERS HAS BEEN PRINTED, READ AND CHECK THAT ALL INFORMATIONS ARE CORRECT.
J. DELAYED PAYMENTS FOR ATLEAST 1 WEEK MAY INCURRED 5% SURCHARGE ON YOUR TOTAL BALANCE, AND NON-PAYMENT WILL BE SUBJECT FOR AUTO-CANCELLATION OF YOUR PACKAGE.
K. PLEASE BE INFORMED THAT UPON SIGNING THE QUOTATION, YOU AGREED TO SETTLE THE FULL AMOUNT STATED IN THE QUOTATION AND ALL THE TERMS AND CONDITIONS, STATED HEREIN. IN THE EVENT OF CANCELLATION, THE REMAINING BALANCE IS STILL DUE TO YOUR ACCOUNT.
L. ONLY FOR VISA REQUIRING DESTINATION COUNTRIES, A 5,000 PHP CANCELLATION FEES OF LAND PACKAGES IN CASE A VISA APPLICATION HAS BEEN WITHDRAWN BY CLIENTS, DENIED BY CONSULATE  OR CANCELLED FOR ANY REASON. AND AFTER VISA APPROVAL, NON-CANCELLATION POLICY APPLIES, YOU WILL BE CHARGE OF THE FULL AMOUNT OF THE PACKAGE.

​We understand how is it your time is very important to you. Not everyone has time to visit us in store and discuss your travel inquiries. Most of the time, it’s easier to pick up the phone or send a quick email regarding you’re your travel plans. Whichever way suits you, phone, email or a visit in store with one of our friendly and well-trained travel team, we\'re happy to help you get on your way and provide you a great travel service, all the time. Read More...