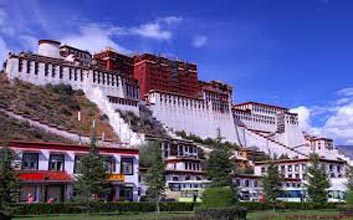 Detail Himalayan Recreation Treks and Expedition has been a leading tour and travel operator in Nepal, Tibet and Bhutan since years. Our expert guides assist you to experience the high adventures and local cultures set against the attractive backdrop of the Himalayan range. Our well-trained professional local tour guides and trekking Sherpas ensure that everything runs smoothly. We encourage you to join us in a memorable and wonderful travel that comes once in a lifetime. You can feel the natural beauty, cultural diversity and religious harmony in Nepal, Bhutan and Tibet which offers you an unforeseen experience. tibet tour Our 14 days adventure begins with visits to three UNESCO World Heritage Sites in Kathmandu followed by exciting elephant back safari in Chitwan National Park and sightseeing in the amazing lake city, Pokhara where you can see the Annapurna Mountains. After that our tour will begin with the visits to popular Bhutanese landmarks such as Tiger’s Nest Monastery, King’s Memorial Chhorten, Punakha Dzong (fortress), beautiful Mt. Chomolhari,ancient forts and traditional villages and many other interesting places and next is a fly to Tibet and visit popular Tibetan landmarks such as PotalaPalace, Norbulingka palace, Tibet Museum, Barkhor Bazaar and others in Lhasa. During the tour in Tibet we will also visit a number of impressive and beautiful Tibetan monasteries like Sera, Drepung and Jokhang Temple. Traveling a little beyond from Lhasa the next day we will explore the amazing Ganden Monastery and Drayerpa Cave. Bhutan Nepal and Tibet Tour will allow all the nature lover to experience exotic culture and spectacular nature. This trip takes you to the region’s great capitals. First to Kathmandu, Nepal; Lhasa, Tibet and then Thimpu, Bhutan. The best season for this great trip starts from April to June and all the way to early September and late Oct. we promise to take care of your all needs. Just call us and give us an opportunity to serve you. Trips Details activityActivity : Tour, Sightseeing, Exploration trip lengthTotal Days : 14 Days start endStart - End : Paro, Bhutan-Lhasa, Tibet hightest altitudeHighest Altitude : 3,650m/11,972ft seasonSeason : All The following basic equipment check lists should help you with your packing. Please remember that you should always try to keep the weight of your equipment to a minimum. Luggage Weight Restrictions Druk Air has a 20 kg weight limit for checked luggage and another 5 kg weight limit for carry-on luggage on their flights. Official Papers Passport with minimum validity of 6 months Copy of the first page of your passport Airline tickets Visa approval for Bhutan (to be brought with you) Packing List for Cultural Tours A pair of lightweight long pants A pair of dress pants / dresses for evening outings A pair of Capri pants Short-sleeved shirts/blouses Long-sleeved shirt for sun protection (while visiting dzongs (fortresses), temples and monasteries) Undergarments (optimum number) Socks Pajamas A warm jacket (if the tour is in the months of Sept., Oct., Nov., Dec., Jan. and Feb.) Sweater or light weight jacket Windbreaker A pair of comfortable walking shoes A pair of sandals A pair of dress shoes Personal toiletries Insect repellent Sunscreen rated 20 SPF or higher Lip balm Sunglasses Prescription glasses Visor/sun hat Flashlight Daypack/Fanny pack for day trips Beach Towel First-Aid kit with pain medications, antiseptic/anesthetic for sunburn, and prescription medications. Optional field Gears Camera, memory cards and spare batteries Electronics/battery charger Spare contact lenses or glasses Reading and writing materials Passport pouch or money pouch Motion sickness medicationAll international flights Nepalese visa fee (easily available after arriving at the Tribhuwan International Airport in Kathmandu) Chinese visa (US $175 for Americans and US $85 for other nationals) All personal expenses (personal gear, telephone calls, beverages, internet, laundry etc.) Lunch and dinner in Tibet Tips for guide and driver

Himalayan Recreation Treks & Expedition was established with a commitment to provide high quality service to our clients since…... we are a bonded and licensed trekking company and have grown steadily since the time of our establishment in the broader area of Nepal. We have been succeeded to provide excellent service to our customers because of the professionalism and strong experience in the field of our team. Our team is at Himalayan Recreation Treks & Expedition is not only committed to travel but to share a common devotion to the nature lovers. We have been growing our services by providing unique and new station and routes which is more suitable to our clients for years.We play a great role in making your trip enjoyable and memorable. Read More...