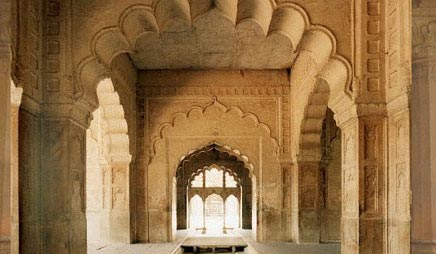 Rajputana, the modern-day state of Rajasthan, has been the scene of some of India's most famous battles and infamous court intrigues, and is home to its finest forts and palaces. The magnificent Jai Mahal Palace, the idyllic Lake Palace and the secluded Palace Hotels are just some of the regal settings in which you will be treated like a maharaja.

The forts at Jodhpur and Chittorgarh encapsulate the romance and chivalry of India's powerful Rajput Kings, while at the ancient capital of Amber an ascent on elephant-back recreates the majesty of a bygone era. Unique fresco styles and intricate miniature paintings adorn the Rajasthani palaces which were once inhabited by the most flamboyant ruling dynasties. While relaxing in the royal palaces, this tour rediscovers the majesty of this “Land of the Kings".10% DISCOUNT (if booked 90 days in advance with full payment) per person on Twin Sharing basis subject to minimum 2 pax travelling together. GROUP Discounts available on minimum 10 paying paxBreakfast On Day of Arrival,
Meals ( unless Mentioned) Medical & Personal Expenses like Beverages,
Tips and Gratitude’s,
Telecommunication Charges,
Wi-fi Charges, Laundry,
Insurance of Any Kind,
Visa Fees,
Gst @5% and What So Ever Not Mentioned Under “cost Includes”1-1031-3


On confirmation of the programme from the " Company " a deposit equal to 50% (fifty) of the contracted value of the tour price is required to be sent directly to the "Companys" bankers, vide swift transfer/ credit card with a confirmation copy of the same to the "Companys " headquarters, at New Delhi. The balance of the contracted value 50% (Fifty) shall be paid not less than 35 days before commencement of tour OR a deposit of 100% (Hundred) is required 35 days before commencement of tour
Please note for Group Travel, Luxury Resorts or Luxury Train holidays & during Peak season (October to March) 100% (Hundred) is required minimum 90 days prior to travel date.


Travel dates may be changed up to 35 days prior to travel without penalty. An administration charge of 10% will be charged, if a confirmed booking is changed or transferred up to 35 days before commencement of the tour. After this time all changes will be treated as cancellation and will be subject to the charges mentioned below. Cancellation charges are calculated from the day, written acceptance of confirmation along with deposit is received by the “Company” and expressed herewith as a percentage of the total tour price including surcharge as follows:


Tour cost includes presently prevailing State and Government taxes, applicable on accommodation and transportation. In case of any hike in taxes, surcharge will be applicable.
Suggested hotels are subject to availability at the time of booking. In case the same is not available, then the best similar category will be provided
Tour cost is not refundable for any cause, once the tour starts # All tours subject to 100% advance payment minimum 30 days prior to start date.
Tour guide reserves the rights to make changes detour or omit any place of visit if it becomes necessary due to bad weather, bad road, strike or shutdown and any security reason.
Tourist will carry their luggage at own risk and responsibility; C’ MORE Travel & Tours or any of its associate agents, do not hold any responsibility for any loss of luggage during the tour.