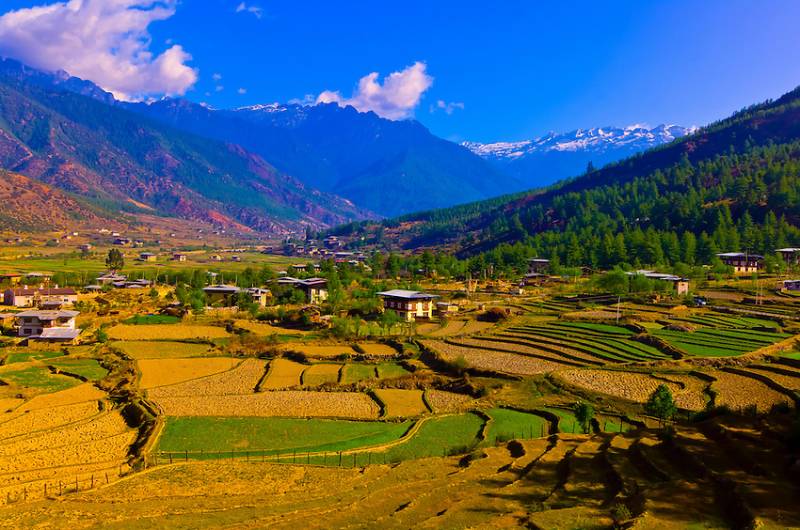 The Royal Government of Bhutan, since inception of tourism in the year 1974, has adopted a very cautious approach toBhutan-travel-guides growth and development of the tourism. The Bhutanese tourism industry is based on principle of sustainability that is "tourism must be environmentally and ecologically friendly, socially and culturally acceptable and economically viable" Tourism council of Bhutan states in its directive: ''While tourism may be important as a revenue earner, Bhutan sees no gain in succumbing to over commercialism. It recognizes that a small country emerging from isolation must do so in its own time and at its own pace. The Tourism council of Bhutan is clear that its policy of high value, low volume is the right policy because Bhutan is just too small for mass tourism. And as the world begins to discover the Land of the Thunder Dragon, many go away with a sense of having been in a special place, far from the insanity of modern living. Here is a land where life may not be materially luxurious but it provides much that is good for a society that is not yet caught up with the global rat race' The mandate of the modern Bhutanese state is Gross National Happiness. The term was coined by Bhutan's former King Jigme Singye Wangchuck, who has opened up Bhutan to the age of modernization. The four pillars of Gross National Happiness are the promotion of sustainable development, preservation and promotion of cultural values, conservation of the natural environment, and establishment of good governance

Pashupatinath Tour & Travels is one of the most reliable tour & travel agencies that has its headquarter in Gorakhpur (Uttar Pradesh, India). Our firm is involved in organizing and hosting tours to the major tourist destinations like Nepal, Bhutan & North East (Darjeeling & Gangtok). We offer different types of services like Tour Operators, Hotel Reservation and Car Hire. Our firm aims to make your tour more pleasant and delightful. With our assistance, enthusiast travelers can bag the best travel deal without compromising on dates and budget. All our services are pocket-friendly. Read More...